Oil Climbs Back Above $50 Before OPEC+ Meets to Assess Demand 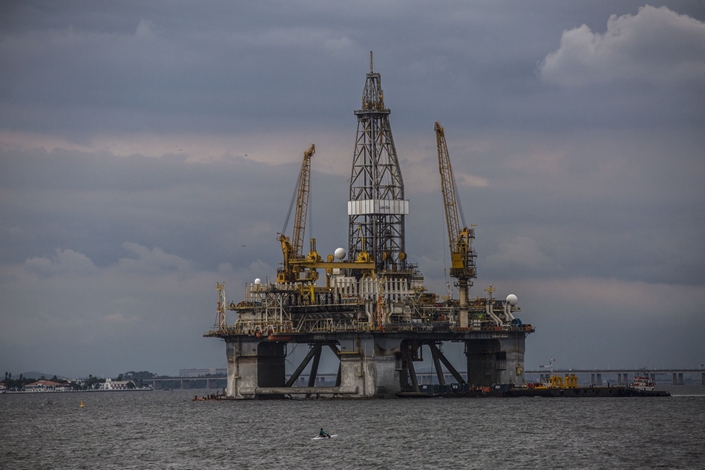 (Bloomberg) — Oil traded back above $50 a barrel before OPEC and its allies gather Tuesday for an urgent meeting to assess the impact of the coronavirus on global demand.

While futures have slumped more than 20% since early January as the virus curtailed demand in a market awash with crude, commodities are stabilizing globally on Tuesday as traders assess China’s measures to support economic growth. Technical experts from the OPEC+ coalition will meet in Vienna and their assessment on the outbreak may determine whether the group convenes a ministerial meeting later this month to consider new output cuts.

The virus has upended trade flows and probably led to a 20% cut to China’s oil demand as the crisis hits the world’s biggest commodities importer. Refineries are curbing operations and shutting plants, while the nation’s top processor is seeking to re-sell millions of barrels of West African crude it no longer needs because of the squeeze to consumption.

“The coronavirus is prompting growth downgrades around the world and oil demand is taking a big hit,” said Howie Lee, an economist at Oversea-Chinese Banking Corp. in Singapore. “It looks highly likely to me that OPEC+ will extend its production cuts from March to June. It’s a logical response given how depressed prices are now.”

West Texas Intermediate for March delivery added 44 cents to $50.55 a barrel on the New York Mercantile Exchange as of 1:06 p.m. in Singapore after falling as much as 0.9% earlier. The contract slumped 2.8% to the lowest since January 2019 on Monday. Brent gained 0.6% after dropping 3.8% on Monday.

Energy to metals have rallied globally, while iron ore and crude in China pared losses after plunging earlier. The firmer tone came even as steel mills and processing plants remain shut throughout the country.

The next OPEC+ ministerial meeting was already scheduled for March, but the group is considering whether to hold that gathering earlier to respond to the virus. Russian President Vladimir Putin and Saudi King Salman bin Abdulaziz discussed the market by phone on Monday, the Kremlin said in a statement, adding that both leaders confirmed “readiness to continue cooperation.”

In China, officials are reviewing whether to soften the economic growth target for 2020 and authorities in Beijing are hoping the U.S. will agree to some flexibility on pledges in their phase-one trade deal due to the virus outbreak, according to people familiar with the situation.