Coronavirus Threatens a Broader Wave of Defaults in 2020 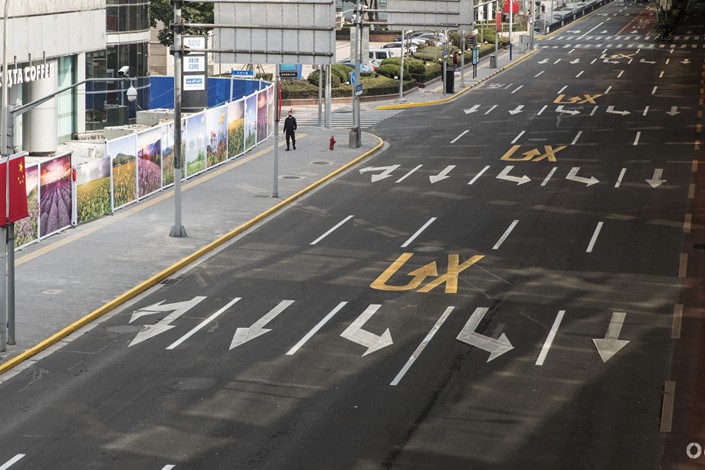 (Bloomberg) — China’s biggest health crisis since at least 2003 has worsened the outlook for defaults in the world’s second-biggest bond market, likely tipping a raft of distressed borrowers over the edge this year.

With scores of millions of citizens barred from travel, and companies, factories and retail outlets shuttered for a period of weeks, strains on cash flow add an unexpected layer of stress on Chinese borrowers. Market participants had already anticipated that defaults in 2020 would be on par with 2019, which saw a second straight annual record high.

Old-line industrial companies with excess capacity and over-leveraged firms with grand ambitions are among those that etched their names in China’s relatively recent default history. Now, a swathe of consumer-facing firms could join them as everyone from property developers to hotel operators suffers from the near-breakdown of business.

“Even with the supportive liquidity policies announced by the Chinese government, a very small portion is expected to flow to those less-creditworthy private firms,” said Wu Qiong, executive director at BOC International Holdings Ltd. in Hong Kong. “Their borrowing costs are rising, and refinancing will get even harder,” she said.

hile it’s hardly a blowout, there has been a jump in the premiums that investors demand to hold corporate bonds since China began stepping up its efforts to contain the coronavirus in mid-January. For both high-yield and investment grade domestic securities, spreads over government debt have climbed to the highest since November.

The stock market reaction has been more dramatic, with a $720 billion tumble in market capitalization on Monday, when trading resumed after a prolonged Lunar New Year break. The sell-off eased Tuesday, with a slice of those losses recouped.

“The market is focusing on the wider market sentiment impact, and bottom fishing, when there is actually a real-world micro and macro hit to the fundamentals of high-yield bond issuers,” said Owen Gallimore, head of credit strategy at Australia & New Zealand Banking Group Ltd. “I expect to see increased defaults.”

Bond failures may spread geographically as well. In recent months, East China’s Shandong province has been a focus because of its high concentration of private-sector borrowers that had guaranteed each others’ debt to help secure financing. That ended up causing problems when one ran into trouble. Northeast China’s Liaoning province is another that’s seen a raft of defaults, thanks to a concentration of aging smokestack industries.

Now, those two are at risk of being joined by Hubei, the central Chinese province whose capital is Wuhan, epicenter for the coronavirus.

* A total of 1.7 trillion yuan worth of onshore corporate bonds will mature in the first quarter of this year, up from 1.6 trillion yuan in the same period a year earlier.

* In the offshore market, China’s high-yield borrowers face $30 billion in redemptions this year. The highest monthly maturity is March, with some $4.9 billion due.

China’s securities regulator has pledged to support bond issuers affected by the virus outbreak, by fast-tracking approval on their refinancing plans and “proactively guiding” investors to offer debt reprieve such as repayment deadline extensions. The People’s Bank of China has mounted liquidity injections and reduced some money-market rates. The nation’s economic planning agency also has allowed qualified issuers that face difficulties in selling bonds overseas due to the epidemic to extend the validity period of approved debt sales.

“We estimate that that the central government, and regional and local governments have the financial means to absorb the economic and fiscal shock” from the epidemic, Moody’s Investors Service wrote in a report on Monday.

Financial-rescue bills could mount up, however, if officials opt to offer distressed borrowers support. The nation’s banks may see their nonperforming loan ratios climb, with a prolonged emergency causing as much as 5.6 trillion yuan in new bad loans, according to estimates by S&P Global Ratings.

For the bond market, the increased strains may strengthen the trend of recent years, of weaker borrowers facing premiums to borrow.

“Strong firms will get benefits from more liquidity, low interest rates, and government-support measures,” said David Qu at Bloomberg Economics. “But small and poorly operated companies may face more pressure. In a nutshell, good firms become better and the bad ones become worse.”