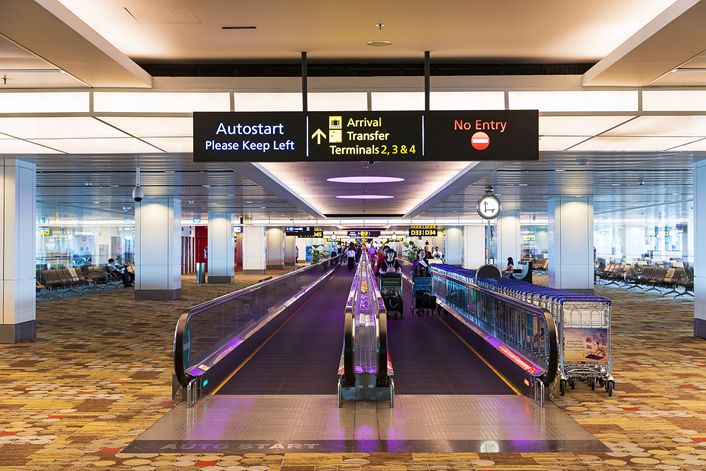 Several countries are taking precautionary measures after Singapore raised its alert status to orange last week amid a rising number of cases of the new coronavirus in the country.

As of Monday, Singapore had recorded 43 cases, making it the country with the most number of cases outside China. Over half of the cases are locally transmitted, with seven patients in critical condition.

On Sunday, the Embassy of the State of Qatar in Singapore advised all Qatari citizens to avoid unnecessary travel to Singapore because of the spread of the coronavirus.

It advised all Qatari citizens wishing to travel to Singapore to “wait until the conditions related to the coronavirus calms, except for the most urgent need.”

It is not known if the Gulf state has issued similar advisories for other countries, but it conducts thermal screening for all travelers coming from China at Hamad International Airport in Doha.

In a statement published by the Kuwait News Agency, the Kuwaiti Embassy in Singapore called on Kuwaitis wanting to travel to the city-state to wait until things get back to normal. It also urged its citizens who are in Singapore to leave immediately.

It previously advised its citizens against all travel to China, and urged those who were in the country to leave quickly. Additionally, it urged its citizens to keep away from countries with the coronavirus, Arab News reported.

Israel’s Health Ministry also widened its travel warning on Sunday to additional Asian destinations, including Singapore. It advised the public to consider whether travel to these places was necessary.

The ministry had already recommended avoiding all nonessential travel to China, and had issued an order mandating a 14-day home quarantine for any traveler who had visited the country.

The Malaysian state of Sarawak said residents who had been to Singapore would have to undergo 14 days of self quarantine. The decision took effect yesterday.

Meanwhile, Britain said in its advisory last week that travelers arriving from nine countries and territories are advised to stay at home and call the National Health Service if they are ill within 14 days of their arrival.

The advisory, which initially covered only the Chinese mainland, has been expanded to include Singapore, Thailand, Japan, South Korea, Taiwan, Malaysia, Hong Kong and Macau.

It was issued after a British man, who tested positive for the coronavirus, had travelled to Singapore to attend a conference.

Other countries like India have ramped up precautions such as conducting thermal screening on passengers on flights coming in from Singapore and Thailand, and further restricting travel from China.

A letter from the Directorate General of Civil Aviation to the civil aviation and health ministries said all passengers arriving from China, Hong Kong, Singapore and Thailand would be screened by the Airport Health Organisation once they step out of the aerobridge.

Passengers would be allowed to move toward immigration only after screening and clearance by medical staff.

There are more than 500 weekly flights between India and Singapore, according to Indian government information, with direct flights to around 15 cities.

The story was first published in The Straits Times.