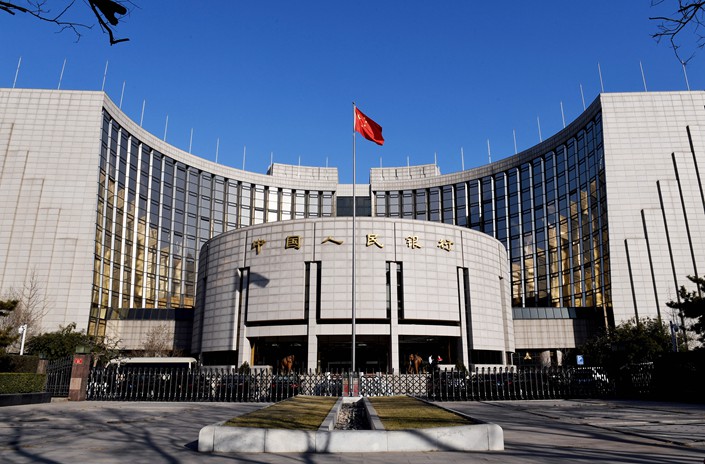 China’s central bank has set an unofficial floor on the interest rates lenders can charge for special low-cost loans to companies actively engaged in the battle against the coronavirus epidemic to prevent a competitive scramble that could disrupt market order.

The loans, offered under a new 300 billion yuan ($42.8 billion) special-purpose relending program, must not carry interest rates lower than 200 basis points below the one-year national loan prime rate (LPR), the de-facto benchmark lending rate which currently stands at 4.05%, Caixin has learned. Lenders who disregard the guidance won’t be able to get the funds reimbursed from the central bank.

The People’s Bank of China (PBOC) has also stipulated that would-be borrowers included on an official list of companies eligible for the program can only get a loan from one bank. Enterprises who have already borrowed from more than one bank will not, in principle, be allowed to apply for further credit, sources close to the central bank told Caixin.

The special-purpose re-lending program was announced by the PBOC on Feb. 1 as part of the government’s response to the outbreak of the deadly coronavirus. The central bank said it would make 300 billion yuan of funding available to policy banks, national commercial banks and local banks which they could then lend to enterprises engaged in the production, transport and sales of epidemic-related medical supplies and daily necessities at favourable rates. A national list was drawn up by the National Development and Reform Commission (NDRC) and the Ministry of Industry and Information Technology (MIIT), which now includes more than 1,600 national companies, mostly state-owned enterprises. Specified provincial governments were also allowed to compile lists of local firms.

The interest rate the PBOC charges on the funds it offers banks involved in the program is 250 basis points below the one-year national LPR. The central bank put a ceiling on the cost of the loans for enterprises, stipulating the interest rate could not be higher than 100 basis points below the one-year national LPR, to avoid the banks making excessive profit. But it did not set a floor. That led some banks to compete for customers on the government’s lists by offering excessively low interest rates –– at least one bank was offering 1.5%, Caixin has learned. With fiscal subsidies on top that, the final interest rate would be cut to less than 1%.

“An upper limit on lending rates for discounted loans was set as a means to control fiscal expenditures, the central bank has now set a lower limit to maintain market order,” a person close to the central bank said.

As the number of companies on the national and local lists is limited, competition has been fierce.

“All the banks are chasing after these companies to offer loans, it’s really hard to get a foot in the door,” a banker with a provincial branch of one major lender said. “Our head office leaders regard the program as an important mission and that we should not focus on making a profit on the loans.”

The PBOC is tightening up on the special-purpose relending program amid increasing concern that insufficient supervision and management is leaving it open to abuse.

Authorities have already started bolstering oversight of the lists of companies eligible for the loans. Caixin reported exclusively on Tuesday that the PBOC, NDRC and MIIT removed 48, mostly state-owned, enterprises off the national list. They included coal producers, transport companies and local government financing vehicles, Caixin learned from sources close to banks and financial regulators.

The PBOC instructed banks to think twice before issuing preferential loans to those businesses, saying they had little relevance to the battle against the epidemic and risked adding to the already sizeable debts of local governments. Banks should ensure that the low-cost loans granted under the program match the companies’ contribution to fighting the epidemic, the PBOC said.