By An Limin and Isabelle Li 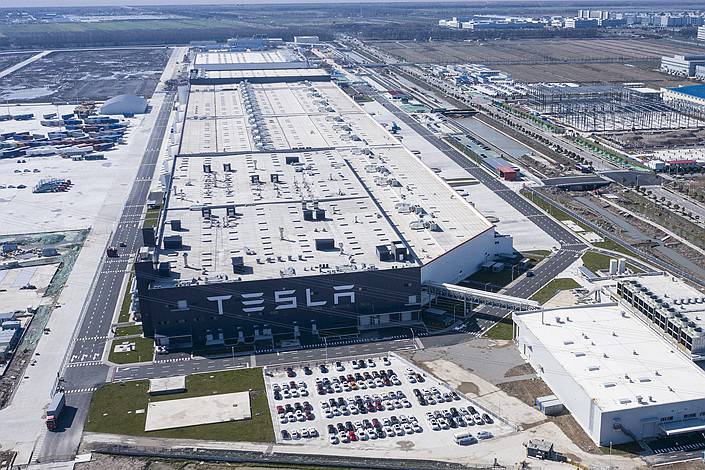 Tesla Inc. has been forced to “downgrade” some of its newly delivered Model 3 vehicles after restarting production at its Giga Shanghai factory on Feb. 10.

The U.S. electric-vehicle (EV) maker said earlier this week the “downgrade” was due to issues in its supply chain during the ongoing Covid-19 outbreak.

Tesla China admitted in a statement Tuesday that it had installed a different type of vehicle controller from what was originally planned in some China-built Model 3 sedans.

It promised to offer free hardware replacements to affected buyers when the supply chain recovered.

The supply issue forced the automaker to replace the HW3.0 controller hardware with a less advanced version, the HW2.5, in some of its latest delivered vehicles.

One industry insider overseeing technology at another major automaker told Caixin the difference between the two controllers equates to two styles of autonomous driving in the market, known as L2.5 and L3.

The HW2.5 controller substitute will limit an EV’s auto-pilot functionality when it needs to upgrade the auto-pilot system to L3 or beyond, according to the expert.

There’s not much negative impact for current users, and it would not be difficult to replace at a later date. But the lower-grade version must be changed if a car owner wants to experience more advanced self-driving technology.

Tesla had to close its Shanghai plant in late January at the request of the Chinese government due to the coronavirus outbreak. During an earnings call on Jan. 29, Tesla’s Chief Financial Officer, Zach Kirkhorn, estimated the shutdown would delay China-made Model 3 production for a week and a half. Telsa resumed production at its Shanghai factory on Feb. 10 and was among the first batch of manufacturers that did so in the virus-hit country.

In its Tuesday statement, the California-based company said the “downgrade” came as it wished to make its deliveries on time.

It said there’s very little difference either in driving experience or safety for clients who received their new cars with the HW2.5 hardware instead of the HW3.0.

The EV-maker said it was taking proactive measures to ensure components needed for manufacture will be supplied in a timely manner.

The ongoing Covid-19 outbreak that started in December and infected more than 80,000 people in China has delayed business and production at numerous companies and factories.

The automobile supply chain is an especially complex one because each car is made up of thousands of components.

One senior executive at a large auto parts business told Caixin early this week that operations were yet to restart at his factory, and those in the industry that had resumed production were facing restrictions from upstream suppliers.

Many car components can’t be delivered on time, and it remains hard to predict when the supply chain will recover. As a consequence, automakers will not be able to restart production at full capacity just yet, he said.

Tesla’s improvised component swap, however, is risky from a legal standpoint, and is a step rarely taken in the industry. One legal expert said such a temporary fix could be deemed a quality issue, or even suspected as fraud by consumers as the actual car they received was not consistent with what was stated in their purchase agreements.