China’s Yuan Is Unshakable in the Face of Global Recession 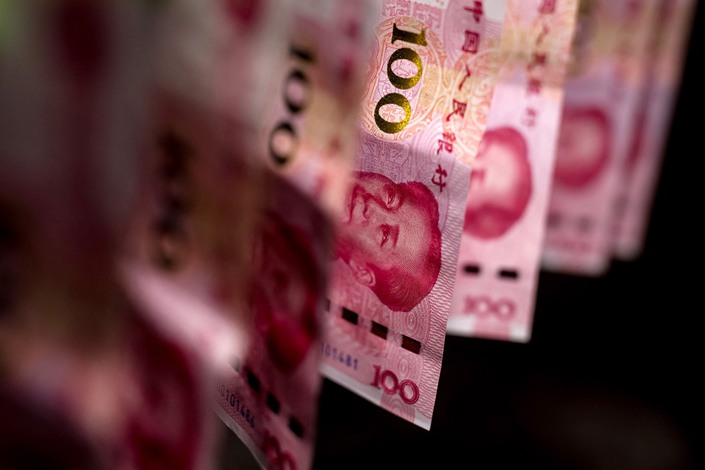 Global financial markets took a hit amid an acceleration in the spread of the novel coronavirus. Photo: Bloomberg

(Bloomberg) — China’s currency traders are much less worried about the prospects of a global economic recession than their colleagues trading the S&P 500 or the Brazilian real.

With data pointing to a significant slowdown in many of the world’s major economies this year, dozens of stock benchmarks entered bear markets in the past weeks. Foreign-exchange volatility has also surged, with currencies across the emerging-market world under renewed pressure from the sudden rush to buy dollars. Sentiment in China’s equity market, a stalwart of resilience during the virus outbreak, has also started to crack.

The clear standout remains China’s unshakable yuan, whose strength in the past seven days has pushed it to a 10-month high relative to a basket of trading-partner currencies. On Thursday, it surged 0.92% — the most since 2015 — versus a group of 24 exchange rates, according to data compiled by Bloomberg. Propped up by a central bank that’s easing less aggressively than peers and evidence of the country’s relative success in slowing the virus outbreak, the yuan’s steadiness has also helped make government debt attractive to overseas investors.

“The yuan will continue to be resilient, as investors will want to buy the high-yielding currency and the central bank also hopes to keep it stable,” said Tommy Ong, managing director for treasury and markets at DBS Hong Kong Ltd. “The yuan will likely fluctuate around the current levels in the near term.”

The Bloomberg replica of the CFETS RMB Index has gained 2.7% over the past seven sessions to 95.5. Versus the dollar, the yuan lost just 0.5% in the five days through Thursday, whereas the South Korean won and the Indonesian rupiah tumbled more than 5%. An index of global currency volatility jumped to its highest level since 2011 this week.

The yuan is the fourth best-performing currency among some 20 emerging-market exchange rates since the start of March, with its one-month implied volatility the second lowest after the greenback-pegged Hong Kong dollar. And even if caution in stocks spills over to the foreign-exchange market, Beijing has an arsenal of weapons — including its daily reference rate and intervention — to prevent any sharp depreciation.

China’s central bank refrained from reducing its policy rate this week, stoking bets that authorities will deploy fiscal stimulus instead to counter the economic impact of the virus. Also reducing depreciation pressure on the yuan is the yield premium that China’s 10-year sovereign bonds have over U.S. Treasuries: close to the largest gap since 2011, it makes onshore notes attractive to global funds managed by the likes of BlackRock Inc. and JPMorgan Asset Management.

Global financial markets took a hit amid an acceleration in the spread of the novel coronavirus, as the S&P 500 Index triggered market-wide trading halts several times in the past week. Central banks around the world reacted to the crisis with aggressive actions, with the Federal Reserve slashing its main interest rate to zero on Sunday and the European Central Bank launching an extra emergency bond-buying program worth 750 billion euros ($818 billion).

Still, increasing evidence that the Chinese economy took an even bigger hit than expected remains a threat for the yuan. Data published Monday showed an across-the-board slump in manufacturing, retail sales and investment in January and February, with all the numbers hitting historic lows. That prompted at least seven banks to start forecasting a contraction in the first quarter.

Foreign exchange analysts remain confident for now. While equity volume tumbles as liquidity is funneled to supporting businesses instead of financial markets, the currency market will be buoyed by increasing demand by corporates to own the yuan onshore. That’s because companies need more cash as their business are hurt by the virus outbreak, according to Dariusz Kowalczyk, chief China economist at Credit Agricole SA in Hong Kong.

“China’s safe haven status in the foreign-exchange market is durable given its strong external position and currency mechanism,” said Kowalczyk. While the yuan may depreciate moderately given the weak data, it won’t drop beyond 7.2 per dollar, he added.