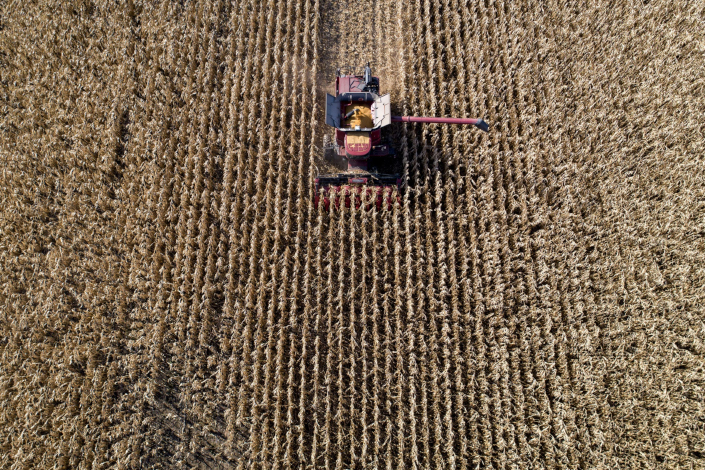 (Bloomberg) — Cheap American corn is luring prospective Chinese purchasers again less than a week after the Asian nation picked up the most supplies in almost seven years.

Chinese buyers are inquiring about prices for American corn as well as sorghum, according to people familiar with the matter, who asked not to be named because the information is private. The move comes as crashing prices made the yellow grain used in biofuel and animal feed more attractive.

American corn prices have tumbled more than 10% from this month’s high as the spread of the coronavirus left roads empty, hitting gasoline demand. That’s added to an oil price war between giants Saudi Arabia and Russia that sent the crude market into total meltdown.

China has been more active in the American market recently and intends to boost grain purchases as the price difference between supplies there and in the U.S. has increased, the people said. Beijing is also seeking to meet its commitments to buy $36.5 billion in American agriculture products under the phase one deal with Washington.

Any purchases of American corn would come just after Chinese buyers picked up 756,000 metric tons, the most since July 12, 2003, according to data from the U.S. Department of Agriculture. The Asian nation has been buying sorghum more regularly since the phase one deal entered into force in mid-February.

Margins to produce corn-based ethanol are currently negative and many plants are shutting down as a result. Top U.S. ethanol maker POET has “temporarily ceased corn purchases at a number of locations” and is evaluating production levels. Andersons Inc. plans to temporarily shut its Kansas joint venture plant in the coming days, while Husker Ag idled one of its two ethanol plants in Plainview, Nebraska, for a “couple of weeks.”