Covid-19 Experts: ‘No Chance’ Pandemic Will End This Summer 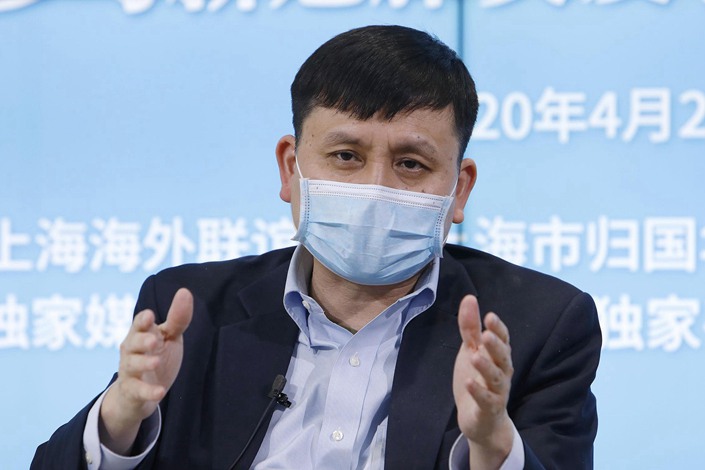 There is “no chance” that the coronavirus pandemic will end this summer, a prominent Chinese medical expert has said in an article calling on countries to prepare for a “new normal” amid plans to reopen following deadly Covid-19 outbreaks.

Some countries’ attempts to ease Covid-19 measures before bringing their outbreaks under complete control may complicate global efforts to prevent new waves of infections and delay plans to reopen international borders, Zhang Wenhong, head of the infectious diseases department in a major Shanghai hospital and director of the city’s Covid-19 clinical expert team, and his colleague Ai Jingwen, wrote in an opinion piece (link in Chinese) penned for the hospital’s WeChat public account and subsequently republished by Caixin.

China, where the first Covid-19 cases were recorded last year, is now posting near-zero new Covid-19 cases per day after implementing dramatic months-long disease control measures. The East Asian giant is now moving into a “new normal” in which governments gradually ease restrictions on work and travel and encourage a return to economic productivity, the doctors wrote.

But the global picture is far more mixed. In the United States and Western Europe, which are still grappling with hundreds of thousands of active cases, the “new normal” means reopening workplaces, schools and markets despite many new cases of the disease emerging every day. There have been about 3.75 million confirmed Covid-19 infections worldwide and more than 260,000 deaths so far, according to a tally kept by Johns Hopkins University.

The continued spread of the virus overseas means China must “face the risk of imported infections” — people entering the country after contracting the virus abroad — “as well as the corresponding extreme pressure of disease control,” they added.

Citing Germany, Italy, and some American states as examples of regions set to start reopening their economies amid high numbers of daily new infections, Zhang and Ai said many countries will need to move flexibly, permitting a certain amount of economic activity while also maintaining aggressive testing, quarantine and social distancing measures and shutting down gatherings, communities and even cities if caseloads rebound.

They warned countries against treading too lightly in the fight to contain the virus, writing: “The earlier, more thoroughly, and more decisively you do it, the better the results — like in China.”

Countries that reopen too early will inevitably face a second wave of infections in future, they added.

Zhang and Ai estimated that most of the world will move into the “new normal” stage of the pandemic within three to six months, during which time China will come under increasing pressure to reopen its ports.

The world’s most populous nation must therefore start preparing now for the likelihood that a dramatic increase in the number of people moving across its borders will trigger new clusters of infections, they said, suggesting that all province-level regions draw up plans to construct public health systems capable of responding to the pandemic over the coming one to two years.

Those plans should include effective networks to catch and trace new infections and supply emergency medical care for local Covid-19 flareups, they said. The networks can provide a basis for world-class epidemic mitigation techniques that use big data and inter-regional public health evaluations to minimize the impact of new outbreaks on normal life.

At the same time, China should look to integrate technology into diagnosis, medications, vaccines, basic research, clinical care and methods for preventing and mitigating a potential future outbreak, the authors said.