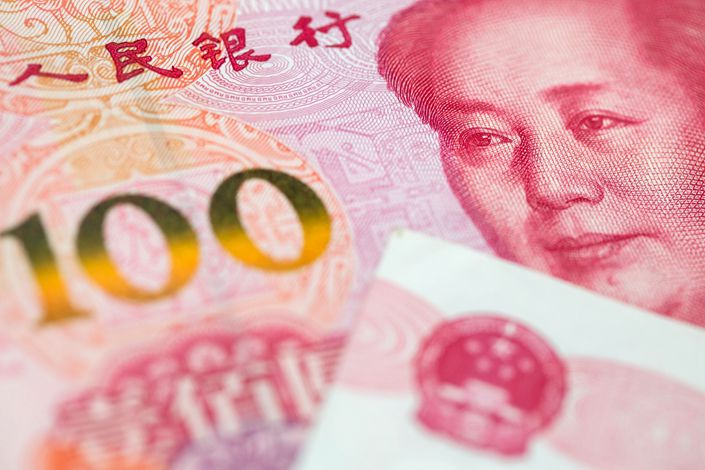 (Bloomberg) — A stronger-than-expected fixing was enough to steady the yuan after increasing U.S.-China tensions sent the offshore rate toward a record low.

The offshore yuan traded steady at 7.1809 a dollar as of 10:33 a.m. in Hong Kong after the People’s Bank of China set its fixing at 7.1277. While that was just slightly stronger than forecast, traders took it as a sign that the central bank would want to avoid rapid depreciation. The onshore rate, which is nearing its weakest since 2008, was also little changed.

The exchange rate has become a focus of political sparring between Washington and Beijing, with President Donald Trump repeatedly accusing China of manipulating its currency. Chinese officials have said they favor a stable yuan, after a shock devaluation in 2015 roiled global asset prices and undermined investor confidence in Chinese financial markets.

“The fixing is only slightly stronger than the market expected, so it may suggest that the policy makers are so far okay with orderly depreciation,” said Gao Qi, a currency strategist at Scotiabank in Singapore. “Looking ahead, if Trump announces sanctions that are tougher than we already know, the yuan will break 7.2.”

From daily fixings to mopping up liquidity in Hong Kong, China’s central bank has many tools at its disposal should it wish to steer the currency’s level. The yuan can still see large moves when key support lines are broken, such as last August when the yuan weakened past 7 per dollar for the first time since the global financial crisis.

Moves can also accelerate when the PBOC is seen allowing weakness — like in early 2018, when the yuan fell the most in two months as authorities gave banks the green light to submit quotes for weaker fixings.

The reference rate is decided based a formula that takes into consideration of the onshore yuan’s official close at 4:30 p.m. on the previous day and major currencies’ moves overnight.