China Gives Thumbs Up to Hybrids With New Green-Car Category 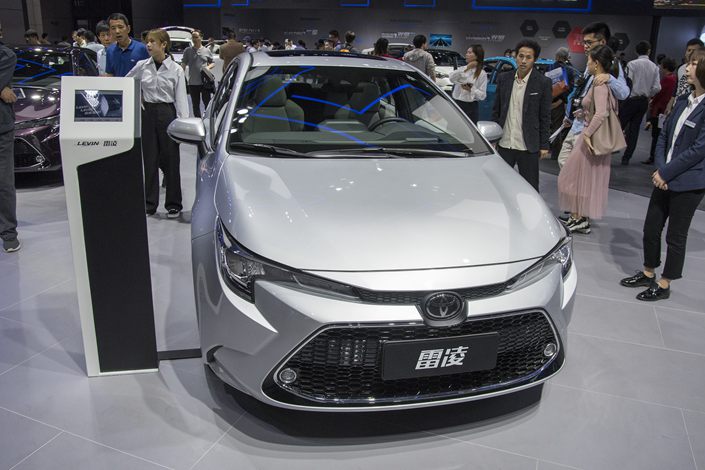 (Nikkei Asian Review) — The Chinese government said on Monday it would create a new category under fossil-fuel-powered cars, which is expected to include hybrid vehicles, from January in a widely anticipated move to relax controls on automakers and to encourage production.

Beijing had been set to shift its automotive strategy to rely more on hybrid vehicles as part of its efforts to clean up the environment, instead of focusing solely on electric vehicles, a development likely to work in favor of Japanese automakers such as Toyota Motor and Honda Motor.

Beijing has been working hard to tackle serious air pollution by implementing the world’s strictest rules for exhaust emissions. Manufacturing and sales quotas were introduced in 2019 to encourage use of new-energy vehicles, including electric cars, hydrogen fuel cell vehicles and plug-in hybrids. New-energy vehicles must account for the equivalent of 10% of automakers’ fleets in 2019.

In the latest revision to regulations announced on Monday, a new category for low-fuel consumption passenger vehicles was created under gasoline vehicles.

This category would require sales of up to 80% fewer new-energy vehicle units compared with gasoline vehicles. This policy shift is seen to spur sales for Toyota and Honda, which are already dominant in the hybrid market.

While China accounts for about 30% of global new vehicle sales, manufacturers have been struggling to boost sales.