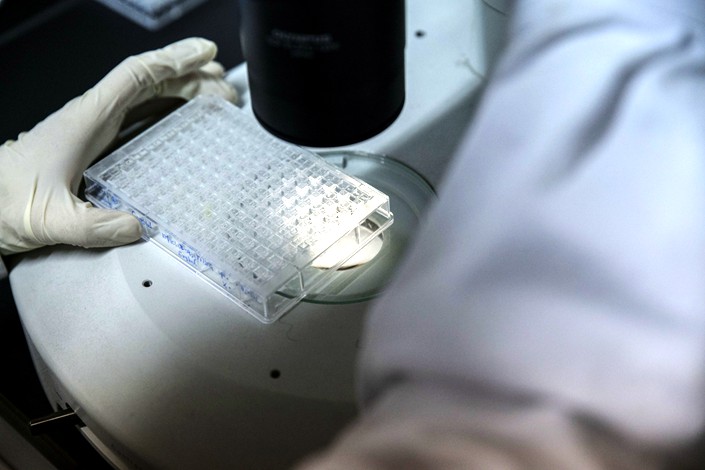 Chinese biotech company Beigene will price its shares at $14.23 each for the offering, which is expected to close on or around Wednesday. Photo: Bloomberg

(Bloomberg) — Chinese biotech company Beigene Ltd. plans to raise $2.1 billion in a direct offering of 145.8 million shares to fund drug research and market its treatments in the U.S. and China, said the Nasdaq-listed company on Monday.

The shares will be priced at $14.23 each, equivalent to a price of $185 per American depositary share — 5.6% lower than its closing price on Friday. The offering is expected to close on or around Wednesday, said the company, whose shares are also traded in Hong Kong.

The share sale comes after the Beijing-based company’s blood cancer therapy became the first Chinese cancer drug to receive approval from the U.S. Food and Drug Administration in November, positioning Beigene as one of the most promising Chinese biotech companies taking on the world’s biggest pharmaceutical firms in medical innovation and scientific research.

Investment into Chinese biotech startups is surging as the opening up of the Asian giant’s $132 billion pharmaceutical market creates an unprecedented profit-making opportunity for health care companies. The Amgen stake, one of the first major tie-ups between American and Chinese drugmakers, was widely seen as a vote of confidence in Beigene’s pipeline.

The company has received approval in China for its version of cutting-edge cancer immunotherapy treatments known as PD-1 drugs, which uses the body’s own immune system to fight cancer cells. It’s also licensed several drugs from Celgene Corp. to market in China.