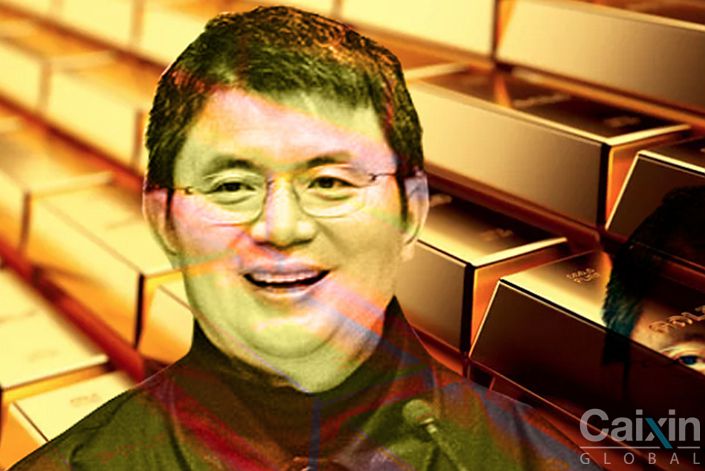 The once-freewheeling conglomerate has been one of the highest-profile targets of China’s crackdown on risks to the financial system. For years, Tomorrow Holding hid behind layers of shell companies and complicated transactions as it forged ahead with a debt-fueled expansion that put its clients and other financial institutions at risk.

Here are five things to know about the mysterious conglomerate.

The seizures involve assets worth nearly 1 trillion yuan ($142.8 billion). The nine companies had been controlled by Xiao, whom Chinese authorities began investigating in January 2017 on graft allegations.

Both regulators said the goal of the seizures is to protect investors’ legitimate interests.

What has Tomorrow Holding done?

Founded by Xiao in 1999, Tomorrow Holding grew into a conglomerate with businesses as diverse as banking, securities, insurance, coal and real estate. Companies controlled by the conglomerate were involved in a number of high-profile acquisitions in recent years, including the 3.7 billion yuan privatization deal of state-owned power company Luneng Group Co. Ltd. in 2006 and Thailand’s Charoen Pokphand Group Co. Ltd.’s purchase of a stake in insurance titan Ping An Insurance (Group) Co. of China Ltd. in 2013.

Xiao, 49, graduated from the prestigious Peking University with a degree in law and started his business selling personal computers in the early 1990s. In 2016, the year before he was probed, the Hurun Chinese rich list ranked him the 32nd-richest person in China with a net worth of around $6 billion.

Xiao is a Canadian citizen, according to a statement released by Tomorrow Holding in 2017, and has maintained a low profile. Multiple media outlets reported that he had used connections with relatives of government leaders to expand his companies’ businesses.

However, Tomorrow Holding eventually began to face questions about the legality and risks of some of the deals linked to Xiao who made use of shell companies and complicated transactions among interconnected companies.

What did Tomorrow Holding do after Xiao was investigated?

Since Xiao fell under investigation in early 2017, Tomorrow Holding has been offloading assets.

So far, the company and its affiliated companies have shed or planned to shed stakes in a number of companies, including Hong-Kong listed Hengtou Securities Co. Ltd., Guangdong-based brokerage Lianxun Securities Co. Ltd., and regional lenders Bank of Weifang Co. Ltd. and Bank of Taian Co. Ltd. Some of the stakes were sold to state-owned enterprises.

Several regional lenders, including Bank of Taian, Bank of Weifang and Harbin Bank Co. Ltd., have been subject to government-led restructuring measures and have cut ties with the troubled conglomerate. Behind one of the most typical cases is Baoshang Bank, which China’s central bank and CBIRC took over last year, marking the first time in 20 years that a private lender in China had been directly taken over by the government.

In May 2019, regulators took over Baoshang Bank, citing “severe credit risk.” The central bank later said that Tomorrow Holding, which controlled an 89% stake in Baoshang Bank, embezzled the lender’s funds.

Baoshang Bank’s case triggered fears that its problems could spread through the financial system and that other small Chinese banks faced similar risks. The lender relied heavily on the interbank market, where banks borrow from each other, using debt raised there to bolster its liquidity, which allowed it to leverage up. Regulators later injected hundreds of billions of yuan into the market to calm jitters.

Baoshang Bank’s takeover is widely seen as a milestone in the history of China’s financial system, and in the specialist cleanup of Tomorrow Holding. The good assets of the lender were later taken over by Mengshang Bank, whose major shareholders include a national deposit insurance fund managed by the central bank, the government of the Inner Mongolia autonomous region and Anhui-based Huishang Bank Corp. Ltd.

How do regulators supervise risky conglomerates?

In 2018, China’s central bank identified Tomorrow Holding as one of several financial holding companies whose ownership structures, connected-party transactions and sources of funding needed to be scrutinized as part of a sweeping clampdown on financial risks.

Over the past few years, the Chinese government has stepped up scrutiny over companies like Tomorrow Holding, including Anbang Insurance Group Co. Ltd., a freewheeling conglomerate controlled by now-imprisoned businessman Wu Xiaohui. Other debt-laden giants such as HNA Group Co. Ltd. and Dalian Wanda Group Co. Ltd. have also been selling off assets.

Economists said the latest takeover would help contain systemic risks in the country’s financial sector. Many believed the government would give more weight to contain risks as the world’s second-largest economy is recovering from the coronavirus pandemic.