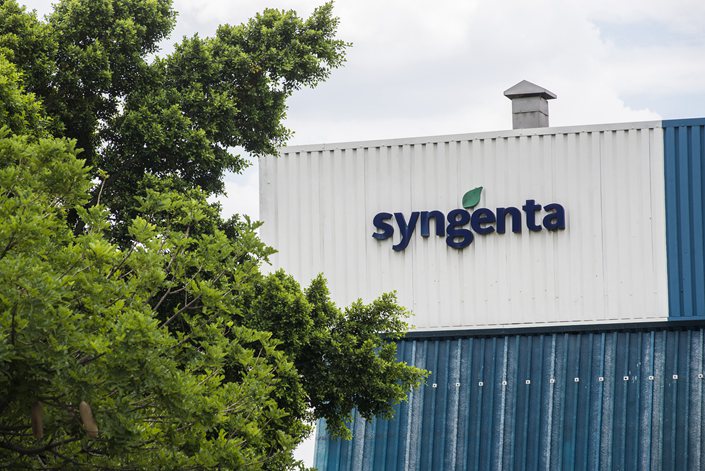 When China National Chemical Corp. (ChemChina) acquired Switzerland’s Syngenta AG in 2017 for a blockbuster $43 billion, it paid only $5 billion of its own capital, cobbling together loans from banks and other institutions to make up the rest.

Syngenta AG, as the world’s third-largest seed supplier and top pesticides-maker, brought its rich store of seed and agrochemical patents to state-owned ChemChina. Now, with both companies deep in debt, there are concerns the lion’s share of the debt accrued in the acquisition could wind up back on Syngenta’s shoulders.

Syngenta Group is now preparing to list on the Chinese mainland by mid-2022. Various obstacles have delayed the float, the goal of which is seen by many to be paying down that debt.

The newly formed company has not yet released a financial statement, nor have IPO preparations reached the stage where it would publish a prospectus.

But an analysis of the financial situation of its related companies, weak investor sentiment during an abortive pre-IPO round last year, and its limited opportunities for growth illuminate the tough road ahead.

In the biggest ever foreign acquisition by a Chinese firm, ChemChina took over the Swiss agribusiness giant for $43 billion despite regulatory hurdles, financial concerns and even criticism from the country’s ambassador to Switzerland, that it “wasn’t a good deal for the Chinese side.”

Others were more welcoming. “Syngenta has strong research ability and vast marketing network, so the advantages of this acquisition should outweigh the disadvantages,” said Niu Dun, former deputy minister of Ministry of Agriculture and Rural Affairs.

In June, Syngenta AG was made part of the newly formed Syngenta Group, following the merger of the domestic agricultural chemical assets of ChemChina and its state-owned peer SinoChem Group. The newly formed group is now in talks with state-owned funds over a potential stake.

In a standard practice for Chinese regulators when it comes to state-owned companies, the authorities strongly encouraged a merger between ChemChina and Sinochem to prop up Syngenta’s Chinese business, which could help with a domestic IPO.

However, Syngenta AG’s finances remain troubled, as its own acquisition spree since it was bought by ChemChina has landed it with $22.4 billion of debt as of last year, giving it a debt-to-asset ratio of 80.04%. Its cash and cash equivalents totaled $1.9 billion.

That’s a far higher debt-to-asset ratio than its international peers. German giant Bayer AG had a ratio of 29.67% at the same year, while the world’s second-largest chemicals producer BASF SE reported a ratio of 22.9%, according to WSJ Markets data.

ChemChina’s debt ballooned to 705 billion yuan ($100.7 billion) as of the first quarter of this year, taking its debt-to-asset ratio to nearly 80%.

When it borrowed some $38 billion to acquire Syngenta AG in 2017, ChemChina sold perpetual bonds worth $10 billion and $1 billion to the People’s Bank of China and Industrial Bank Co. Ltd., while Morgan Stanley bought a $2 billion convertible bond that’s set to mature this year.

There are three other syndicated loans made in the deal, with the biggest one made by China CiticBank that is worth $12.5 billion. HSBC Bank led such a loan of $6.8 billion and a $5 billion debt restructuring loan.

This debt pile and its poor financial performance mean ChemChina won’t be able to give Syngenta Group a hand in its attempt to list. It has reported losses every year since 2017, sinking as much as 8.6 billion yuan into the red last year. And China National Agrochemical Corp., the ChemChina subsidiary that holds a 99% stake in Syngenta Group, also has its own debt pile it needs to pay down.

“ChemChina was hoping to relist on the Chinese A-share market after it purchased Syngenta,” a senior agrichemical researcher said, adding that the high valuation of the A-share stock market could be one of the few ways to pay down the debt.

ChemChina tried to raise $10 billion in a pre-IPO fundraising round for Syngenta late last year that valued the company at $40 billion, Caixin has learned. But the lack of confidence at home and abroad condemned the effort to failure. HSBC and Morgan Stanley are both understood to have rejected the offer, while the People’s Bank of China went searching for investors in the Middle East without any luck.

“The estimated valuation was too high,” said a person who worked at a company involved in the effort.

At its current profit levels and given price-to-earnings ratio limitations imposed by China’s two major stock markets, ChemChina wouldn’t have been able to achieve the valuation it was seeking for Syngenta. But the newer STAR Market has no such cap on price-to-earnings ratios, letting investors decide instead, which could at least theoretically allow ChemChina to reach its desired valuation.

The past several years have been a hard for the agrochemical industry as a whole. Industry insiders told Caixin of the limited development space left in China’s seed and pesticide market, and the growing costs of land alongside its shrinking profitability per acre.

China is also among the many countries that have tightened regulations on the use of agricultural chemicals like those that make up a core part of Syngenta’s business.

Fertilizer use has also been affected by the policy. Sales of the raw materials used to make fertilizers were down 22% from 2015 levels by last year.

However, there are areas of potential growth, as more efficient, less toxic pesticides may become more popular as environmental protection policies grow tougher. An agriculture analyst told Caixin that the biggest momentum for growth in so-called “green” pesticide sales right now is in China, as other major markets such as the U.S. and Brazil have already embraced the products.

However if Syngenta was to pursue this strategy, it will have to convince farmers to part with their cash for these pricier products, which will be difficult in a market where low-cost goods are prevalent, according to Su Yuanjie, a seed analyst at a consultancy company.

The person close to the pre-IPO deal pointed out that China’s pesticide market is relatively small in scale and has no company monopolizing it. Huatai Securities Co. Ltd. also said in one of its reports that no company has a market share over 10%, as most produce only one type of product.

In January, China’s Ministry of Agriculture and Rural Affairs gave the green light for China’s farmers to plant genetically modified corn and soybeans. This is the first time the country granted safety certificate to genetically modified food in 10 years, sending a positive signal to the agriculture industry.