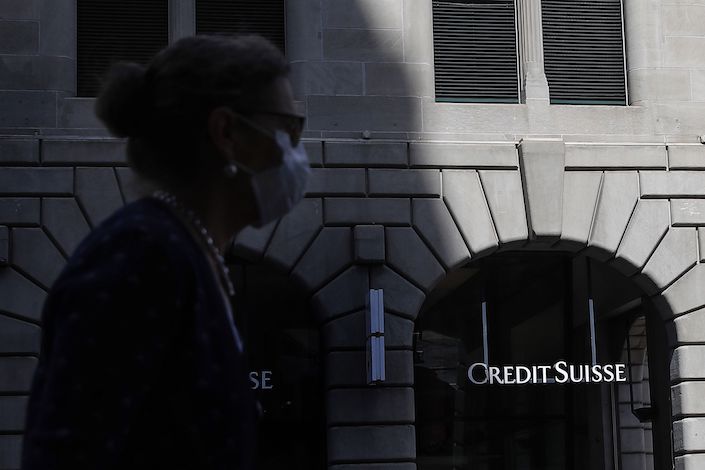 (Bloomberg) — Credit Suisse Group AG invested nearly $100 million in Ant Group during its last funding round, according to people familiar with the matter, setting the Swiss bank up for a potential windfall as the Chinese internet giant prepares to go public.

The Zurich-based lender, a frequent adviser on deals across Jack Ma’s empire, made the equity investment during Ant’s 2018 fundraising, which valued the company at $150 billion. Credit Suisse stands to make paper gains on the previously undisclosed investment if the offering gets a strong reception. One estimate from Bernstein projected Ant’s valuation at $210 billion, meaning a 40% increase from the earlier level.

Credit Suisse joins a growing number of banks from Goldman Sachs Group Inc. to China International Capital Corp. that are investing in private companies, particularly those in the technology sector. The investments hold the promise of generous returns at a time of intensifying competition and thinning fees for underwriters. Credit Suisse has also invested in L&P Cosmetics Co. in Korea and Hero Fincorp Ltd. in India.

Ant, the crown jewel of Ma’s Alibaba empire, has said it plans to pursue a simultaneous dual listing in Hong Kong and on the Shanghai stock exchange’s STAR Market. Alibaba Group Holding Ltd. owns a third of Ant.

Ant is leaning toward giving Credit Suisse the smaller role of joint global coordinator for its Hong Kong IPO after the bank was left off an initial list of sponsors for the deal, according to people familiar with the matter.

Credit Suisse advised the Alibaba independent committee when the company bought a 33% stake in Ant and did not advise on Ant’s latest fundraising round, the people said. The four banks that did so got priority in winning a role as an IPO sponsor, they said.

Credit Suisse worked closely with Ma’s empire over the years, handling at least 30 deals within the larger Alibaba ecosystem, according to the people. The bank also advised Alibaba on at least $14 billion of acquisitions, more than any other bank, according to data compiled by Bloomberg.

Credit Suisse was not among the group of investors disclosed during Ant’s 2018 funding round. Ant said it raised about $14 billion from backers including GIC, Khazanah Nasional Berhad, Warburg Pincus, Canada Pension Plan Investment Board, Silver Lake, Temasek Holdings Pte. and Carlyle Group.