By Zhu Liangtao and Bonnie Cao 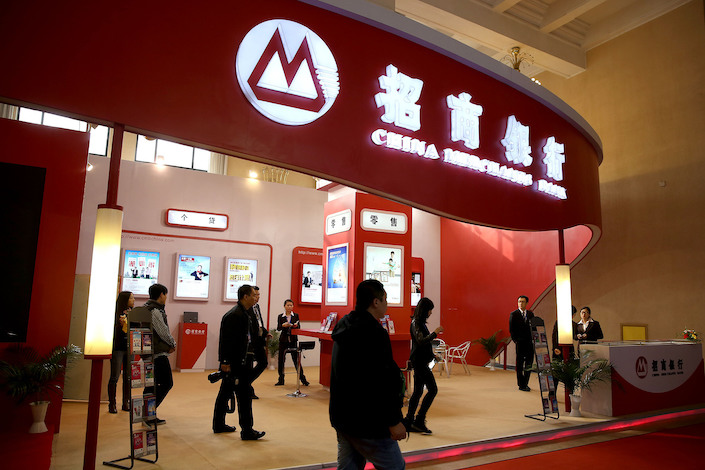 Two leading Chinese commercial banks were fined for breaching rules on data protection for credit card customers as regulators step up scrutiny of privacy issues in the financial sector.

The banking regulator in Shanghai imposed penalties of 1 million yuan ($143,812) each on the credit card units of China Merchants Bank and Communication Bank of China for flaws in customer data protection, according to a statement published by the Shanghai branch of the China Banking and Insurance Regulatory Commission (CBIRC).

The two banks were accused of failing to safeguard certain customers’ personal data, along with other issues such as inadequate assessment of applicants’ credit histories and flaws in debt collection, according to the statement.

Customer data protection has become a focus of Chinese banking industry supervision this year following several high-profile data-breach incidents. In May, the CBIRC’s Shanghai branch launched an investigation of China Citic Bank after a popular standup comedian complained that the bank gave his account’s transaction records to his employer without his permission. The allegation sparked an uproar on social media over concerns about data privacy and bank account security. Citic Bank apologized on social media.

In April, an online post openly offered to sell more than 1 million pieces of customer information allegedly belonging to several Chinese financial institutions. While the regulators said after an investigation that the information was forged by hackers, the potentially massive leaks of private data stoked public concerns.

Huang Hong, vice chairman of the CBIRC, said in April that the protection of customer information was the regulator’s top priority, and online security was important to banking and insurance institutions. The commission issued guidelines in 2018 to toughen requirements for financial institutions’ management of customer data and privacy protection.

In the same statement, the CBIRC said it also fined Industrial Bank’s Shanghai branch 4.5 million yuan for violations in its interbank businesses, including illegal investment in equity and property projects, according to the statement.