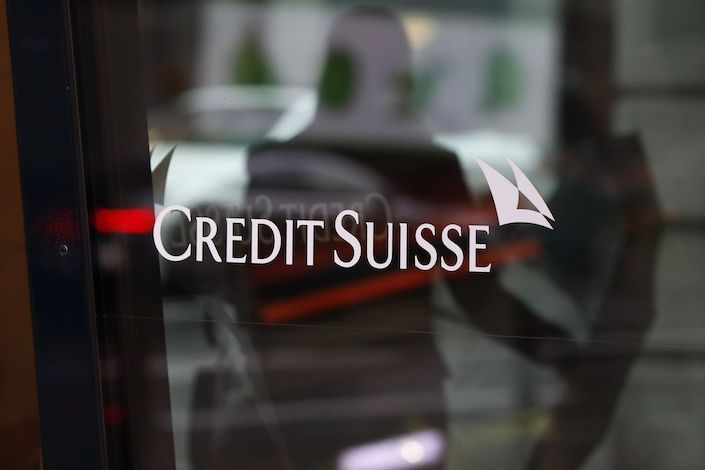 (Bloomberg) — Credit Suisse Group AG plans to double its headcount in China over five years as the financial giant accelerates its pursuit of the nation’s wealthy and seeks to move past a scandal that’s engulfed once-favored client and Luckin Coffee Inc. founder Lu Zhengyao.

The bank has largely normalized loan approvals for Chinese companies, ending the increased scrutiny on loans that followed allegations of fabricated earnings at Luckin and a slowdown to weigh the impact of Covid-19. Credit Suisse will add to its China workforce as it targets a 100% increase in revenue there, Asia Chief Executive Officer Helman Sitohang said in an interview. Its China securities venture had 154 staff at the end of last year, and the lender also offers financing, trading and wealth and asset management on the mainland.

Much of the bank’s build-out will focus on expanding advisory and investment banking services for the ballooning ranks of China’s rich. Sitohang’s plans are key to Credit Suisse meeting its goal of doubling the contribution to revenue growth that comes from ultra-high net worth strategic clients over the next three years. Separately, the lender has embarked on a wide-ranging assessment of risk controls following a series of deals linked to troubled companies including Luckin.

“China is our strongest focus when it comes to headcount and infrastructure growth compared to any country in the world,” Sitohang said. “The worst of Covid’s impact on the region’s business activity is behind us,” he said, referring to Asia.

Asia’s largest economy has the most millionaires after the U.S., and its financial opening this year has presented global banks and asset managers with an unmatched opportunity for expansion. Credit Suisse wants Asia to make up 25% of group revenue in a couple of years, from 17.5% now, people familiar with the matter said, declining to be named discussing internal matters.

The downfall of Starbucks Corp. rival Luckin and its billionaire founder blindsided Credit Suisse and other lenders, which are fighting to recoup losses on more than $500 million in margin loans. The Swiss bank, the lead underwriter for Luckin’s public offering, launched an internal review, though Chief Executive Officer Thomas Gottstein has said it will continue to target China’s wealthy entrepreneurs.

Credit Suisse will have to compete for talent with the likes of Goldman Sachs Group Inc., JPMorgan Chase & Co. and others. Goldman Sachs plans to double its headcount to 600 by 2025, while Swiss rival UBS Group AG aims to do the same, taking its investment-bank staff to 400.

Sitohang made a significant hire in June with Wang Jing, who headed private banking at China Merchants Bank Co. Wang brought with her nearly three decades of banking experience, including helping to build the Shenzhen-based lender into the nation’s largest manager for high-net-worth clients.

On the investment banking side, Credit Suisse in April became one of the latest global enterprises to win approval to take full control of a venture it has run with Founder Securities since 2008. Tim Tu was named CEO this year and Daniel Qiu head of investment banking and capital markets for the China joint venture, which has so far struggled with revenue of $22 million last year.

About 30 bankers at the joint venture were pushed out in July as Credit Suisse plans to recruit fresh talent, a person familiar with the matter said.

The Zurich-based bank’s latest earnings point to other successes in its Asia push, with net new assets in the region’s private banking business swelling by 80% in the second quarter amid a trading boom. Wealth and investment banking advisory, the biggest growth areas, both posted record revenue in the first six months, driven by growth in China as markets recovered.

Sitohang, who has spent years turning around the Asian trading operation, ceded oversight of the unit in a global restructuring that’s folding trading into a new investment bank. The region’s markets division posted a 54% jump in revenue in the first half.

Gottstein announced the revamp at the end of July by merging the bank’s advisory and trading businesses to generate 400 million Swiss francs ($442 million) annually for reinvestment. That includes as many as 500 job cuts in Switzerland. The bank plans to deploy two-thirds of its overall capital into wealth management. Sitohang said he doesn’t plan to cut any jobs on his turf, since the region’s workforce is “lean enough.”

“The capital released doesn’t happen overnight, but the efficiency that we expect on the cost side as well as on the capital side will be deployed back into the wealth management,” he said. “Asia will be a priority.”

Unable to travel out of Hong Kong since early March, his longest stretch in one city since 1989, Sitohang said the past few months proved that the bank’s business model works even under the most difficult conditions.

There were lessons learned, but the “portfolio model” in Asia that spreads risk has been vindicated, he said.