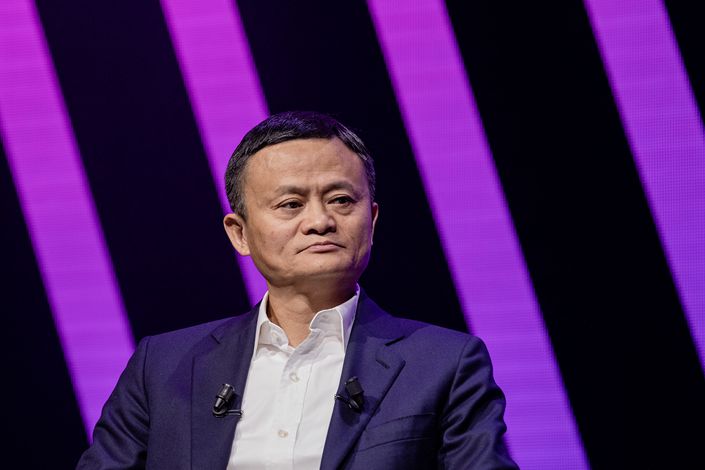 Ant, the operator of China’s largest payment service Alipay, is expected to raise around $30 billion in its highly anticipated concurrent IPOs in Hong Kong and Shanghai later this year by putting a stake of 10%–15% on the market. The listing would be the largest ever, surpassing even Saudi Arabian oil giant Saudi Aramco’s $29.4 billion IPO about half a year ago.

Hangzhou Alibaba, a wholly owned subsidiary of Alibaba, owns 32.65% of Ant, larger than any other single direct shareholder but less than a third of the company’s total equity. That means the e-commerce giant has no veto right in Ant’s decision-making, according to the filings.

Hangzhou Alibaba nominated two nonexecutive directors to the Ant board, a minority of the nine-member board, according to the document.

Ma is not the controlling shareholder of Alibaba, meaning Ant and Alibaba don’t share the same ownership, Ant said. Public records showed that Ma had a 4.8% stake in Alibaba as of mid-July.

Ant said its business has strategic synergy with Alibaba but remains independent. The two companies have no control over each other and aren’t subject to the same controlling shareholder.

Despite a close partnership, revenue from Alibaba contributed less than 10% of Ant’s total revenue. The two companies have no loan or guarantee deals, Ant said.

But six of Ant’s nine board of directors are also members of Alibaba’s 36-person Partnership, the nexus of the company’s decision-making.

Grown out of Alipay, the online payment service founded by Alibaba in 2004, Ant is now one of the world’s most valuable tech startups with a valuation of about $200 billion. In 2011, Ant was set up after Ma spun off Alipay from Alibaba to avoid regulatory restrictions on granting third-party payment licenses to foreign-funded companies. The move triggered controversy as foreign shareholders Yahoo! Inc. and Softbank Corp. objected.

As part of the spinoff agreement, Ant paid 37.5% of its annual pre-tax profits to Alibaba until 2019, when Alibaba acquired a newly issued 33% equity interest in Ant and terminated the profit-sharing plan.