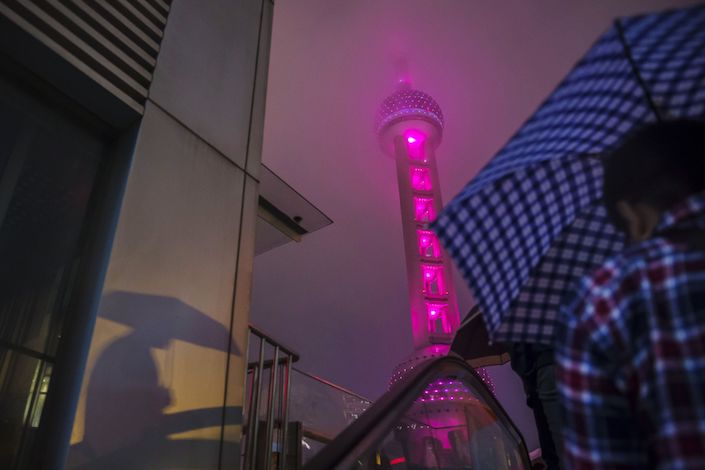 (Bloomberg) — A battle for financial talent is intensifying in China, one of the few places worldwide where global banks are firmly in hiring mode.

Credit Suisse Group AG this month hired a dozen analysts in China, almost half of whom used to work at UBS Group AG. UBS scooped up more than 40 people from global and local companies. Morgan Stanley moved a team to the mainland and hired about 20, but it also lost six bankers, some to local brokers. Along with Goldman Sachs Group Inc., most foreign companies are seeking to double their headcounts over the next few years.

Based on the stated hiring plans by Goldman, UBS and Japan’s Nomura Securities, they will need to find at least a 1,000 people over the next few years. JPMorgan Chase & Co. has been quiet about its hiring plans, but is expanding its office space by a third in China’s tallest skyscraper in Shanghai’s business district.

“There’s definitely a talent war between some of the big global banks,” said Sid Sibal, a Hong Kong-based regional director at recruitment firm Hudson. “In China, there’s a finite amount of talent that one can poach from big investment banks, so they’re going to have to think out of the box.”

The hiring grows out of the historic opening of China’s financial sector and stands in contrast to much of the world. Global banks have announced job cuts this year exceeding 63,000, on track for the deepest retrenchment since 2015. The industry’s biggest players are betting there are billions to be made in China on merger advice, stock underwriting and trading — if they can find the right people.

Credit Suisse hired top-ranked analyst Alex Liu and Tracey-Ruth Sun from UBS to lead its research operations. Last year it snapped up UBS’s then head of research, Erica Poon Werkun. The company pushed out about 30 bankers at the joint venture in July to make room for fresh talent, according to a person familiar with the bank.

Beefing up research is becoming crucial as China opens its markets to lure more foreign inflows. It scrapped limits last year on overseas purchases of stocks and bonds and eliminated approvals for quotas. Foreigners hold only 4.7% of Chinese stocks in circulation, way below the more than 30% in markets like Japan and South Korea, according to the China Securities Regulatory Commission.

UBS is also on the prowl. The Swiss bank has recruited about 200 people this year, including 44 bankers, analysts and support staff from at least five brokerages, including Credit Suisse, a spokesman said. UBS transferred managing director Grace Chen from Hong Kong to Beijing to head technology, media and telecommunications banking.

U.S. behemoth Morgan Stanley has experienced a churn of bankers. After previously flying executives in and out of Shanghai over the past few years to right its money-losing joint venture, it has now installed its own personnel in top positions. The company this year moved seven executives to its China venture in addition to hiring 20 bankers and research analysts, a person familiar with the bank said.

But Morgan Stanley was also hit by departures. Some left for China International Capital Corp., underscoring the difficulties foreign banks face. Morgan Stanley lost six bankers at its China venture recently, including two executive directors and another banker who worked on its biggest deal this year, people familiar with the company said. That was after it failed to pay bonuses to some executives and bankers but also due to lower deal flows, problems faced by its global rivals as well, the people said.

Morgan Stanley this year ranks first among foreign brokers in China after helping arrange the initial public offering of Semiconductor Manufacturing International Corp., the largest on Shanghai’s STAR Market, but it lags far behind local rivals such as CICC.

Analysts and bankers say Chinese brokers offer a faster chance at advancing. While an analyst with three years’ experience could become a sector chief at a local broker, it takes much longer to climb the ladder at a foreign company, according to one executive who has worked for both. Stricter compliance at foreign banks is another hurdle. Local brokerages, for example, are allowed to co-invest in STAR Market deals they handle, a potentially lucrative practice that is heavily scrutinized at foreign businesses.

While it’s still hard to compare compensation between local and foreign companies, in part because global banks are just getting started, the newcomers are offering at least a 20% premium to lure candidates for senior roles, said Eric Zhu, head of financial services recruitment at Morgan McKinley. Campus recruitment by foreign employers has grown by double digits from two years ago, he said.

Some local companies are taking note and adjusting compensation to be more in line with global practice by offering a greater part in fixed salary to graduates and junior hires, he said. But Zhu cautioned that recruiting in China is about more than just pay.

“Compensation isn’t the most important factor,” Zhu said. “Foreign companies don’t have much status here. You have to tell a very compelling story for people to be interested.”

There’s also the lure of work outside of banking. A senior banker who left Morgan Stanley’s joint venture this year said he was recruited by about four corporations. Demand for bankers is climbing as China loosens rules in its capital markets, making it easier to raise funds and go public. While compensation isn’t as high, the lure of stock options is palpable, he said, declining to be named discussing a private matter.

But global banks are now betting their expanding investments and increased control will translate into climbing market share, making them a bigger magnet for talent.

Credit Suisse CEO Thomas Gottstein said Tuesday the bank plans to double its number of relationship manager in the Asia as it rolls out onshore wealth management in China.

“It’s not 10, 20 staff anymore,” said recruitment firm Hudson’s Sibal. “When you have that level of demand, you have to broaden your search.”