50,000 Shoppers Give China’s Digital Yuan Its Biggest Test Yet 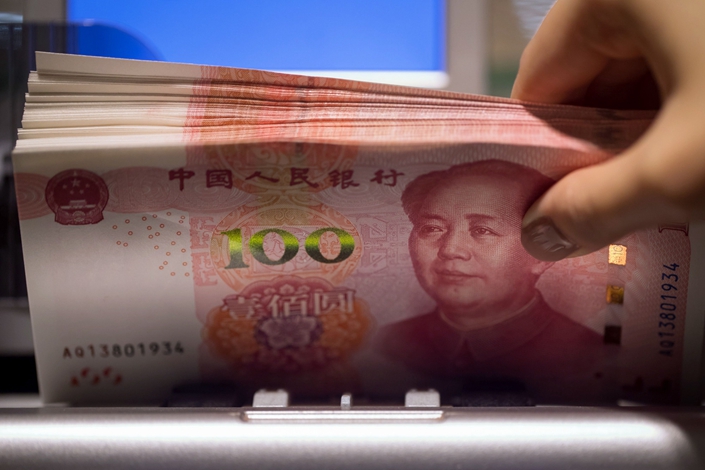 One hundred-yuan Chinese banknotes pass through a currency counting machine

(Bloomberg) — Tens of thousands of Chinese this week spent digital yuan at Walmart, gas stations and convenience stores across the southern tech hub of Shenzhen. The experiment — unprecedented in scope and size — went off without a hitch, catapulting the world’s No. 2 economy to the forefront of a race to develop virtual money.

The real-world test was the largest in terms of users and money involved since the Chinese central bank kicked off testing of its digital cash in a handful of cities in April. The government in Shenzhen handed out 10 million yuan ($1.5 million) of the new money — dubbed Digital Currency Electronic Payment, or DCEP — to 50,000 randomly selected citizens through lucky draws on the currency’s wallet app. Each winner gets 200 yuan ($30) to spend at more than 3,000 retail outlets spanning one of the city’s buzziest districts.

The giveaway, coming the week of President Xi Jinping’s visit to Shenzhen, marks the biggest step in Beijing’s ambition to keep up with its rapidly digitalizing economy and potentially bolster the yuan’s status as a global currency. A digital yuan will have wider implications for an economy already comfortable with cashless and mobile transactions, an arena now largely controlled by Alibaba Group Holding Ltd.-backed Alipay and Tencent Holdings Ltd.’s WeChat.

The trial shows “they are ready for the full launch of its digital currency very soon,” said Charles d’Haussy, who heads the Hong Kong office for blockchain engineering venture ConsenSys.

China is increasingly a cashless society — with small-town pancake sellers preferring digital wallets over rustling around to make change — but the DCEP is designed to protect the country from having to someday adopt a standard like Bitcoin or the dollar that’s controlled by others. Designed to replace cash eventually, it will also help Chinese regulators maintain a better grasp on the country’s money supply.

Users need to register a dedicated account for DCEP transactions using their local mobile numbers and download a wallet app linked to one of China’s Big Four state-owned banks. Merchants and buyers can then scan each other’s QR codes generated by the app for transactions. The app shows a portrait of Mao Zedong on a page where users check their balances, similar to the physical 100 yuan banknote.

“I’ll consider making this my first option over WeChat or Alipay because it’s backed by the state,” said Wang Jinchao, a 27-year-old user-growth manager with a Shenzhen online learning startup, who was among the fewer than 3% of lucky applicants to win the DCEP handout.

Apart from tests among end users, the central bank is joining hands with tech giants including Meituan and Didi Chuxing to explore applications for services like food delivery and ride hailing that could drive acceptance.

Lin Song, a 42-year-old telecom engineer in Shenzhen, spent the 200 yuan DCEP he won on his drive to work at a filling station. It’s as smooth as using any other payment method, he said.

“It’s really up to which platform has the bigger promotions and connects more merchants for me to decide which one to stick with,” Lin said.