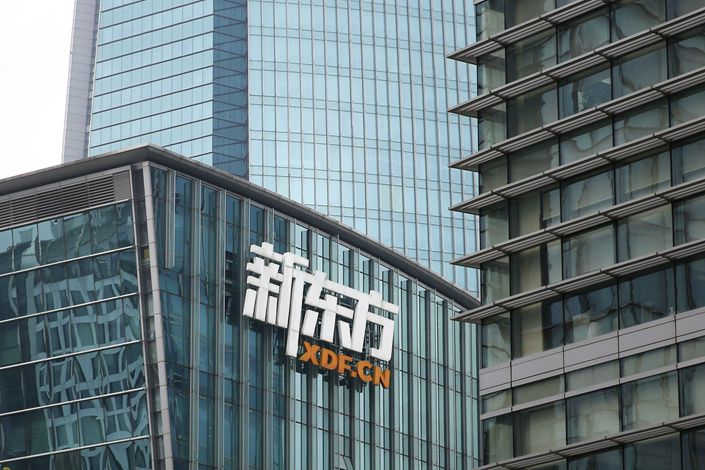 New Oriental Education and Technology Group Inc., one of China’s largest and oldest providers of educational services, will raise up to $1.53 billion through a second listing in Hong Kong, the company said, seizing on positive investor sentiment towards such firms during the global pandemic.

The deal will make New Oriental the latest in a string of major New York-listed Chinese companies to make secondary listings in Hong Kong, as they try to make their shares more accessible to investors in their home market. E-commerce juggernaut Alibaba kicked off the trend nearly a year ago when it raised about $13 billion through a listing in Hong Kong, complementing its existing New York Stock Exchange listing. Others that have followed since then include gaming giant NetEase and Alibaba e-commerce rival JD.com.

New Oriental will offer 8.51 million shares at a maximum price of HK$1,399 ($180.52) per share, it said in an announcement on Wednesday. The company’s stock last closed at $165.90 in New York. Underwriters for such secondary listings typically try to price shares as close as possible to their New York trading level to avoid potential for arbitrage when the stock begins trading in Hong Kong.

If demand is strong, the company could sell another 1.28 million shares as part of its overallotment option, potentially bringing total fundraising to as much as $1.76 billion. The big majority of the offering, some 94%, would go to international investors, with the rest reserved for local buyers in Hong Kong.

Final pricing is expected on Nov. 3, with shares expected to start trading on Nov. 9. The deal is being underwritten by Credit Suisse and BofA Securities.

New Oriental is seizing on a recent wave of positive investor sentiment towards private education firms, especially online-based companies, as many find major new business during the global pandemic from students young and old forced to take classes online. New Oriental’s New York-listed shares have rallied nearly 30% since the start of 2020.

Despite the broadly positive sentiment, New Oriental reported its revenue and profit fell by 8% and 16.5%, respectively in its latest fiscal quarter that ended Aug. 31. It blamed the decline on disruptions created by the pandemic, but added it has gradually resumed most of its core offline-based classes as China has brought its outbreak under control and reopened most schools across the country.

“We expect the industry will undergo a wave of market consolidation once the pandemic fades away. We remain committed to ramp up our expansion effort to get prepared for further taking market share from other players post-Covid,” CEO Zhou Chenggang said in a statement accompanying the company’s latest results released earlier this month.

New Oriental’s Hong Kong listing would also mark a sort of reuniting with its younger, online unit Koolearn Technology Holding Ltd., which made its own separate Hong Kong listing in early 2019. Since then shares of Koolearn, which is 53% owned by New Oriental, have more than doubled from their IPO price of HK$10.20 to their latest level of about HK$26.

But despite a boom in online education during the pandemic, Koolearn has also struggled under the weight of pressure to provide many of its services for free during that period to avoid appearing to profiteer. As a result, the company reported a modest 17.6% increase in revenue for its fiscal year through May 31, but saw its net loss balloon to 742 million yuan ($110 million) from a 40 million yuan loss in the previous year.