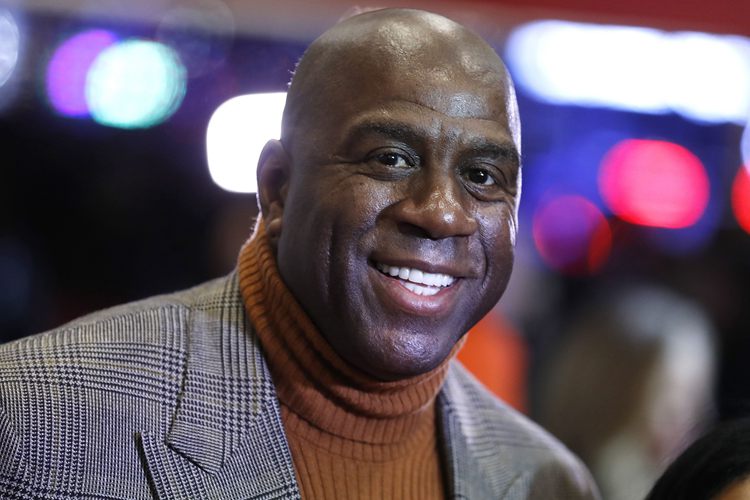 (Bloomberg) — For American brands struggling to survive the resurgent coronavirus, China is proving to be one of the few bright spots. As Alibaba Group Holding Ltd. prepares to host its biggest and most global shopping marathon ever, its position as a gateway to the world’s fastest-recovering economy is winning points with an increasingly hostile U.S. administration.

Alibaba’s Singles’ Day event culminates annually Nov. 11, an online shopping phenomenon that with $38 billion of sales in 2019 easily dwarfed Black Friday and Cyber Monday. The festivities, which provide a snapshot of Chinese consumption, will feature the largest international presence since the company pioneered the format 11 years ago, including a number of U.S. merchants making their first forays into the Asian market.

One such company, Uncle Bud’s, is targeting at least 1 million yuan ($150,000) of sales, all through its online store on Alibaba’s Tmall Global platform. The Los Angeles-based personal care goods maker has roped in former NBA superstar Magic Johnson to hawk its hemp and cannabis-based products like body gels and lotions to Chinese shoppers in a livestream ahead of Single’s Day.

“Tmall really embraces finding brands that are emerging and bringing them to Chinese consumers,” Uncle Bud’s co-founder Bruno Schiavi said in an interview. “We wanted to have a big powerful company behind us. As an emerging brand from the U.S. to the China market, there are always many steps. But having Tmall behind you, to us that’s fantastic.”

China’s largest annual online shopping fiesta is only the flashiest example of how American consumer brands have increasingly come to rely on the world’s No. 2 economy for growth. For them, Alibaba affords one of the biggest windows into China’s rising middle class — American merchants commanded the second-highest sales after Japanese among importers in 2019’s edition. That’s especially true this year, with companies like Estée Lauder Cos. and Nike Inc. banking on the Chinese consumer to help recoup some of the sales lost in the pandemic-induced global economic slowdown.

Donald Trump has attempted to ban ByteDance’s TikTok and the WeChat super-app, owned by Tencent, in the run-up to the presidential elections and he may be emboldened by a second term to continue decoupling Washington from Beijing. Even if Trump loses in Tuesday’s election, a Biden presidency will likely not lead to a strategy overhaul, with the Democratic candidate shifting toward a more confrontational tone toward China over the past few years.

Many Americans will not have heard of Singles’ Day, a uniquely Chinese antidote to the sentimentality surrounding Valentine’s Day. Originating in college campuses across the country, it takes its name from the way the date is written numerically as 11/11, which resembles “bare branches,” a local expression for the unattached.

This year, the promotional blitz has been expanded, with pre-sales starting on Oct. 21. U.S. merchants such as Nike, Apple Inc. and Estée Lauder were among 100 brands that achieved revenue of at least 100 million yuan in the first 111 minutes after sales promos commenced Nov. 1, Alibaba said.

More than 2,600 new foreign brands will be featured on Tmall Global for the first time ever in 2020. Earlier this year, the company held its inaugural Go Global 11.11 Pitch Fest offering American merchants that have no physical operations in China a chance to be spotlighted during the event. Uncle Bud’s emerged as one of the winners, alongside eight other companies that will bring a range of products from vegan face creams to purple hair dye and drinking vinegars to the Chinese market for the first time.

Alibaba is hoping its growing role as middleman to global merchants can help revive flagging growth. Its revenue is expected on average to increase 31% in the September quarter, the slowest pace on record for the period. The company is set to report results on Thursday.

Nearly 800 million annual active shoppers frequent Alibaba’s wide array of platforms, ranging from the Ebay-style Taobao site to Amazon-like Tmall and grocery service Freshippo. That’s helped the company turn itself into Asia’s largest — one that’s on its way to joining the trillion-dollar club after gaining almost $370 billion of market value since its Covid-19 trough in March. That’s roughly one Walmart Inc. or Tesla Inc.

But its pole position is being challenged on multiple fronts. Upstart Pinduoduo Inc. is offering cheaper bargains, JD.com Inc. has expanded beyond its traditional strength in consumer electronics, while Tencent-backed Meituan is engaged in a fierce battle with Alibaba’s Ele.me food delivery app.

While its core commerce business — which accounted for 87% of revenue in the June quarter — has been relatively unscathed by U.S.-China tensions, it is in cloud computing where Alibaba faces the most direct threat from the White house. As part of Trump’s broader campaign to prevent Chinese companies from accessing the private data of Americans, the so-called Clean Network Initiative unveiled by U.S. Secretary of State Michael Pompeo sought to stop U.S. firms from using cloud computing services offered by Alibaba, Tencent and Baidu Inc.

More recently, people within the Trump administration are said to be exploring potential restrictions on Alibaba affiliate Ant Group Co. Ltd., though that hasn’t dented enthusiasm for the fintech giant’s blockbuster IPO in Hong Kong and Shanghai.

Still, Alibaba executives have repeatedly touted their role in connecting American merchants like Uncle Bud’s with Chinese buyers. “As the world’s largest e-commerce platform, Alibaba’s primary commercial focus in the U.S. is to support our American brands, retailers, small businesses and the farmers to sell to consumers and the trade partners in China,” Chief Executive Officer Daniel Zhang said in August.

It’s this function that may give the next U.S. administration pause when it comes to Alibaba, said Paul Triolo, a former U.S. government official who specializes in global technology policy at risk consultancy Eurasia Group.

“There is no indication that the U.S. government wants to go after Alibaba’s Taobao platform in the U.S., which targets small and medium sized US companies to allow them to access the China market,” Triolo said. Some politicians on Capitol Hill are “concerned about the market impact of any attempt to go after a large consumer-facing Chinese platform,” he added.