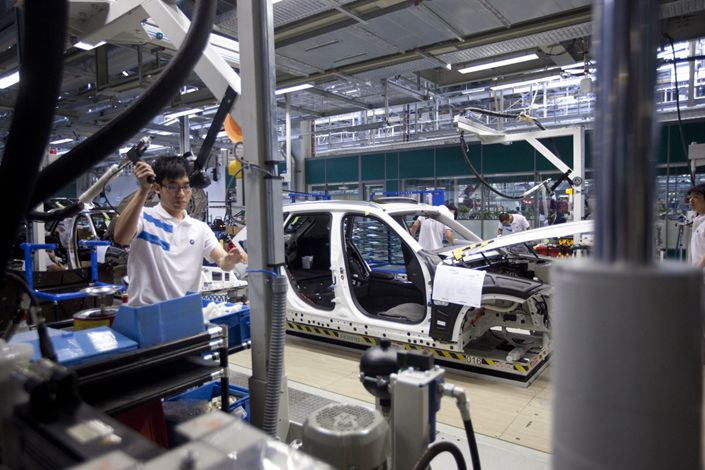 A surge in missed repayment obligations in the past two weeks drove onshore delinquencies to 104 billion yuan ($15.8 billion) so far this year, data compiled by Bloomberg show. The offshore figure is $8.1 billion, 2.1 times the total in 2019.

An effort earlier this year to tide the country through the coronavirus outbreak by opening the credit taps rekindled longstanding concern that the authorities need to act on increased stress in the financial system. With the economy continuing its recovery from the pandemic, policymakers have since moved to credit clean-up mode from forbearance mode, boosting defaults.

Financial regulators have vowed a “zero-tolerance” approach to violations in the bond market after a series of missed repayments by three high-profile state-linked borrowers.

The anticipated dial-back of stimulus measures will put more strain on defaulters to raise funds for repayments. A total of 172.6 billion yuan are due through November 2021, and more than half of that by March next year. Some 63.9 billion, or 37%, of upcoming maturities are from Henan’s Yongcheng Coal & Electricity Holding Group Co. Ltd., Tsinghua Unigroup Co. Ltd. and Brilliance Auto Group Holding Co. Ltd..

Missed principal and interest payments have totaled 34 billion yuan so far this year, constituting the second-biggest trigger of company defaults.

The technology sector led by Peking University Founder Group, the troubled business arm of a top Chinese university, has accounted for more than a third of the aggregate amount in default this year. Second-biggest is the cyclical consumer sector comprised of six companies led by Tunghsu Group and Brilliance Auto Group. Third are developers, including Tahoe Group and Tianjin Real Estate Group Co. Ltd., which prompted the formulation of the “three red lines,” or metrics that have to be met by companies in this industry before they can add borrowings.