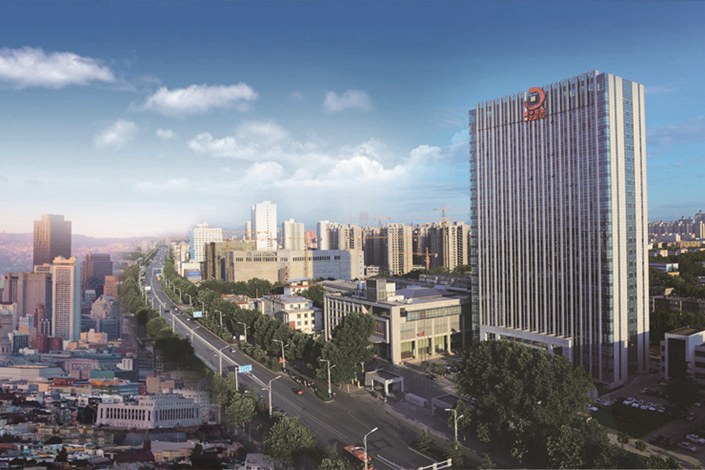 Debt risks continued to cloud the Chinese corporate bond market this week as another major state-owned enterprise defaulted on a trust loan after the shocking default of a state-owned coal mining firm earlier this month.

On Wednesday, Minmetals International Trust Co. Ltd. said that a wholly-owned logistics subsidiary of Jizhong Energy Group Co. Ltd., which is owned by the Hebei provincial government, had failed to repay principal and interest of a 500 million yuan ($76 million) trust loan due Monday. The borrower later repaid the debt on Thursday, according to a statement released by the trust company.

The subsidiary narrowly avoided triggering a cascade of cross-defaults on Jizhong Energy’s bonds as it managed to repay the loan within a grace period.

The close call added to investor concerns about hidden risks in China’s bond market, and exemplified debt-ridden SOEs’ struggles to avoid defaults amid a regulatory crackdown on misconduct in the bond market.

Coal miner Yongcheng Coal and Electricity Holding Group Co. Ltd.’s default on a 1 billion yuan bond on Nov. 10 sent shockwaves through the market, triggering selloffs of some SOE bonds and driving some companies to cancel planned issuances. It also drew the ire of China’s top financial regulator, which on Saturday pledged “zero tolerance” for misconduct after it came to light that Yongcheng may have defaulted intentionally in an effort to dodge its debt.

Jizhong Energy was eager to avoid facing the same fate as Yongcheng, which has been put under investigation by regulators. “(Minmetals) communicated a lot with the borrower before maturity. (Minmetals) recently put a lot of pressure on it and the borrower was also trying hard to arrange funds (to repay the loan),” a source with knowledge of the issue told Caixin.

The same day the logistics subsidiary defaulted, Jizhong Energy managed to bring in 3 billion yuan of financing to repay two of its own bonds, sources familiar with the matter said. Those funds came via an insurance company, the sources said. Other people suggested the actual source of the money could be Hebei banks and other local SOEs, and that the deal was coordinated by the local government.

As of Friday, the total principal of 38 outstanding bonds issued by Jizhong Energy was 38.2 billion yuan, including 3.6 billion yuan of debt due within one month. About 26.9 billion yuan of those bonds have cross-protection clauses, according to data compiled by financial information provider Wind Information Co. Ltd.

Bond investors’ worries were eased to some extent this week as regulators have pledged to tighten oversight, and Yongcheng has persuaded investors to accept a 50% payment of the 1 billion yuan principal first and a nine-month extension on repayment of the rest.

Some analysts still warned about SOE debt risks. “We view an increase in SOE defaults as inevitable, and most likely we will see many more such defaults in coming years,” economists at Nomura International (Hong Kong) Ltd. wrote in a Monday note, adding that some SOE defaults, if managed well, can improve overall health of China’s bond market.

“However, at least in the near-to-medium-term, the potential for China to suffer a systemic credit crisis appears quite small,” they said.