U.K. Teams Up With Japan’s NEC to Bypass Huawei 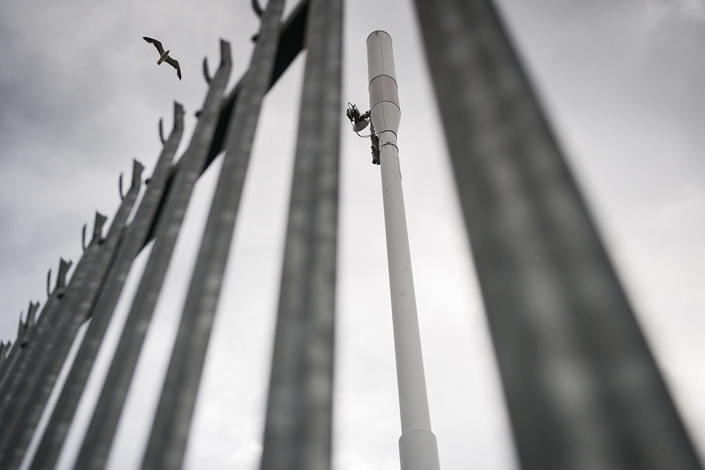 (AFR) — Britain has become among the first countries to plot a path out of dependency on Chinese giant Huawei for its 5G mobile network, cutting a deal with Japanese company NEC and vowing to nurture new players to rival Nokia and Ericsson.

As it moves to ban Huawei, the British government will pump 1.6 million pounds ($2.1 million) into local trials of NEC’s effort to develop an “Open RAN” – a neutral 5G platform that can interchangeably use different companies’ equipment.

The trials in Wales will look to get an Open RAN up and running next year, as part of the government’s “telecommunications diversification” strategy to avoid being left with only the higher-cost Scandinavian suppliers for its new 5G network.

The 250 million pound diversification strategy comes as the British parliament debates legislation that would ban mobile operators from buying new Huawei 5G kit from the end of this year and force them to strip Huawei from the network entirely by 2027.

In a statement on Monday, the British government said it was working with international partners such as the Five Eyes intelligence-sharing network on ways to diversify the 5G supply chain and cut dependence on China.

Huawei’s efficiency and technological superiority has allowed it to dominate most major Western mobile infrastructure networks. But a recent Chinese law requiring companies like Huawei to serve the security interests of Beijing has prompted concerns the West’s emerging 5G networks would be vulnerable to Chinese interference.

Britain was initially reluctant to follow the U.S. and Australia in banning Huawei from 5G, arguing it could manage the risk, but Prime Minister Boris Johnson has been pushed down this path by an influential and hawkish group of Conservative Party MPs.

“We now need a coordinated international response. ... We look forward to working with our international partners on this shared goal,” said Digital Secretary Oliver Dowden.

Boris Johnson’s government has banned the use of new Huawei equipment in Britain’s 5G rollout from the end of the year in a stunning about-turn after the Prime Minister’s green light just seven months ago to the Chinese firm.

The British government still worries that excluding Huawei would add billions to the cost of 5G and leave it dependent on the only other heavyweight players, Nokia and Ericsson.

“Countless countries have become over reliant on too few telecoms suppliers as they race to deliver 5G. This risks the resilience and security of their communications networks,” Dowden said.

The British government said it was working with Samsung, Fujitsu and NEC – “who share a keen interest in growing their global footprint in the telecoms supply chain” – to find ways to dismantle these obstacles.

British officials had also courted emerging contenders such as Parallel Wireless and Mavenir, “who are driving forward the development and deployment of interoperable solutions.”

The project with NEC would test a “neutral host solution” for an Open RAN, allowing new and existing suppliers of 5G kit all to work off the same infrastructure. That would encourage competition and help mobile phone companies avoid lock-in to a single supplier.

NEC could look to then roll out the technology worldwide. “We see this project as a catalyst for NEC introducing Open RAN into the U.K. and enabling the acceleration of 5G deployment,” said NEC Europe CEO Chris Jackson.

The Japanese giant is also looking to expand into the 5G network in Australia, where it recently hired former Communications Department secretary Mike Mrdak as non-executive chairman.

The British government said it would also support Ericsson and Nokia, but not at the expense of new competitors. Its support for the incumbents would include helping them to diversify their supply chains and steering their research and product development.

British regulators would also work to remove barriers, and the government would build a SmartRAN Open Network Interoperability Centre where new and incumbent suppliers could “come together to test and demonstrate interoperable solutions.”

Security, resilience and vulnerability issues would be addressed by a new government-led National Telecoms Lab, due to open in 2022.

Meanwhile, British diplomats and trade officials would try to corral like-minded countries into working together on a similar blueprint, and coordinating input into international standards.

The strategy said incumbent suppliers were able to exercise powerful influence over international standard-setting work on mobile technologies, so that Huawei had an outsize role in “set[ting] the technological roadmap in line with their own R&D priorities and product development.”