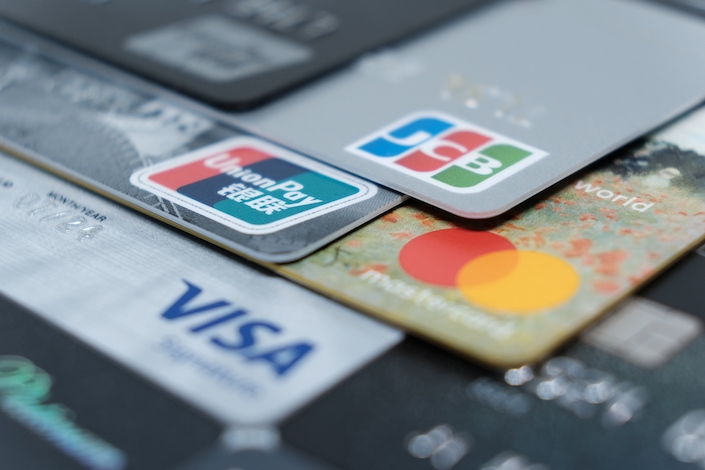 The move is a signal that regulators are trying to help credit cards regain mainstream status in the consumer credit market, analysts said. Removal of the interest rate caps will have little impact on bigger credit card providers but is expected to benefit smaller issuers, a credit card executive at a big bank told Caixin. With flexible interest rates, smaller banks can appeal to customers by introducing differentiated credit card products, the executive said.

While the policy change is intended to encourage consumers to choose credit cards, the final result may be a two-way choice, some bankers said. When deciding credit card interest rates, banks should see whether their risk control policies can manage high-risk customers. On the other hand, the choice by young users between credit cards and online platforms will also depend on factors such as credit habits and convenience, the bankers said.

The 10 biggest banks currently command about 98% of China’s credit card market. As online platforms such as Ant Group’s Alipay start to help hundreds of millions of users take out small loans, small banks have been squeezed out of the credit card market.

Most popular online lending platforms charge the former credit card upper limit of 0.05% daily. With the removal of the limit, banks are likely to lower their rates to compete with online credit platforms, said credit card industry analyst Dong Zheng.

Regulators have been happy to encourage the development of online financial services by well-known tech companies to help drive the government’s policy of inclusive finance.

But the suspension of Ant’s potentially record-shattering $34.5 billion IPO in Shanghai and Hong Kong sent shockwaves through the fintech industry as China unveiled a stricter regulatory framework to control financial risks and further protect the rights and interests of consumers.