By Yang Ge, He Shujing and Han Wei 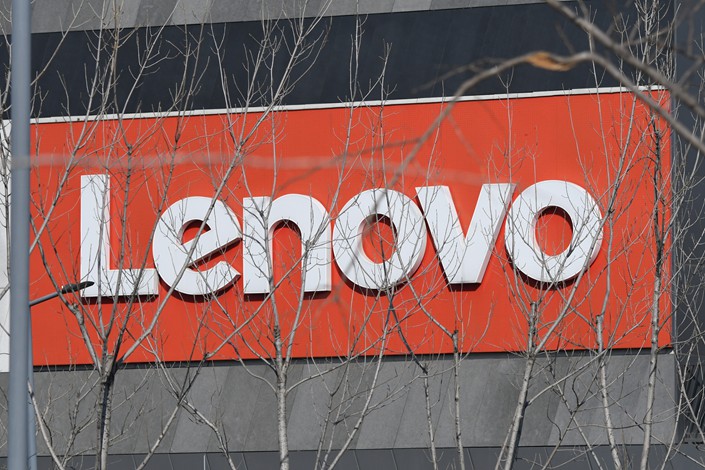 The announcement comes as the global PC market enjoys a renaissance fueled by more people working and attending classes from home during the pandemic. That trend has helped the sector post double-digit growth for the last few quarters, reversing years of weakness as people gravitated toward more mobile devices like smartphones and tablet PCs.

New data showing Lenovo’s PC sales surged nearly 30% in last year’s fourth quarter, combined with announcement of the new Shanghai listing plan, sparked a rally for Lenovo shares on Wednesday, with the stock up 13% midway through the trading day in Hong Kong. The stock has more than doubled since March, which is when the pandemic first forced many adults around the world to start working from home and students to take classes online.

Under a plan announced late Tuesday, Lenovo will make its new listing by selling China depositary receipts (CDRs) that would be traded on the STAR Market in Shanghai. The sale will represent as much as 10% of the company’s equity, or 1.34 billion shares, it said. Based on its latest market value following the Wednesday surge, the listing could raise up to $1.4 billion, according to Caixin’s calculations.

Lenovo said proceeds from the listing would be used for product and technology development, as well as strategic investments and for replenishment of the company’s working capital.

“With Lenovo’s strong global presence and heritage in China, we are confident that this offering will help further realize Lenovo’s value by leveraging the booming China capital market (and) at the same time enable investors in China to invest more easily,” said Lenovo Chairman and CEO Yang Yuanqing.

Similar to American depositary receipts, Chinese depositary receipts refer to shares of companies domiciled outside China that trade on Chinese exchanges. Such companies were previously barred from listing on the Chinese mainland, but that changed after China approved a CDR listing pilot program in 2018. Lenovo and a handful of other names like China Mobile Ltd. fall into the group eligible to list CDRs as they are domiciled overseas, even though their headquarters are on the Chinese mainland.

Lenovo’s new listing would mark a highly symbolic homecoming for a company that is one of the nation’s oldest and most recognized high-tech players.

Longtime company watcher Tienyu Sieh said he first invested in Lenovo when he was a fund manager in New York when it listed in Hong Kong in the mid-1990s. At that time, mainland stock markets in Shenzhen and Shanghai were in their infancy, and the listing process was long and cumbersome with preference given to state-owned enterprises. That reality led private companies like Lenovo, as well as early internet players like NetEase Inc., to seek offshore listings in Hong Kong and New York.

“There was a lot of international interest in Chinese technology leaders and it was still quite difficult for private Chinese companies to list on the mainland,” Sieh said of his early interest in Lenovo. “I believe Lenovo has been interested in listing in China for a while now, but couldn’t do so due to their offshore status. It’s good that this has worked out and Chinese investors can also invest directly in the company.”

Lenovo traces its roots back to 1984 when a group of young employees received the then-princely sum of 200,000 yuan ($31,000) from the computing division of the Chinese Academy of Sciences to start up the company that would eventually give rise to the world’s biggest PC-maker in a 20-square-meter (215-square-foot) workshop.

Lenovo started out as an agent selling foreign-made PCs and as a developer of a Chinese character software system, and ultimately developed its own brand. It burst onto the global stage in 2005 when it purchased the PC business from global giant IBM in one of the biggest overseas technology purchases by a Chinese company at that time.

Lenovo outpaced the global rate with 29% growth during the quarter, helping to consolidate its place as the world’s biggest PC brand with just over a quarter of the market. American brands HP Inc., Dell Inc. and Apple Inc. came in second, third and fourth, respectively. While all three posted double-digit growth year-on-year, Apple stood out with nearly 50% growth for its PC business during the quarter.