Intel CEO Bob Swan to Be Replaced by VMware Chief 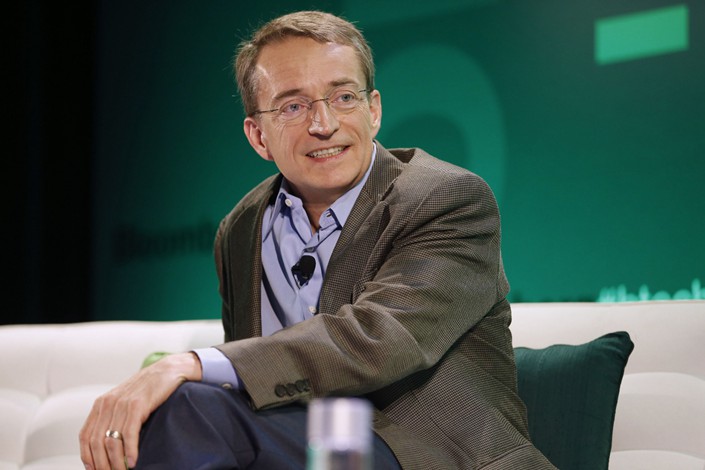 (Bloomberg) — Intel Corp. Chief Executive Officer Bob Swan will be replaced by VMware Inc. CEO Pat Gelsinger, who’s returning to the company he left more than a decade ago to shepherd it out of a crisis threatening its leadership of the chip industry.

Swan was named to the top job in January 2019 after serving as interim chief for about six months, reluctantly taking the job after the firing of his predecessor, Brian Krzanich. Gelsinger will rejoin Intel, where he started his career as an engineer at age 18 and spent more than 30 years, working his way up the ranks before leaving in 2009 for EMC Corp. He was appointed CEO of software-maker VMware in 2012.

“After careful consideration, the board concluded that now is the right time to make this leadership change to draw on Pat’s technology and engineering expertise during this critical period of transformation at Intel,” Chairman Omar Ishrak said in a statement.

Intel shares jumped as much as 13% in New York after the announcement and were up 8.4% at 11:09 a.m. CNBC earlier reported the move.

The world’s largest chipmaker has been beset by manufacturing delays that have left it facing rivals who claim their products are better. Prominent customers such as Apple Inc. have deserted Intel and begun designing their own chips, and other massive buyers of silicon such as Amazon.com Inc. and Alphabet Inc. have increasingly turned to supplying themselves. Swan said last year he was considering having the company outsource some of its chip production, a radical change, and was supposed to announce a decision early this year. Bloomberg has reported that Intel has already begun talking with Taiwan Semiconductor Manufacturing Co. Ltd. and Samsung Electronics Co. Ltd. about the Asian companies making some of its best chips.

Over the past year, Intel’s stock has lagged behind competitors like Nvidia Inc., which dominates the market for graphics chips, and Advanced Micro Devices Inc., a smaller rival that makes microprocessors.

Intel said the move was unrelated to its financial performance. The company expects fourth-quarter revenue and earnings per share to exceed its previous guidance. Intel has also made further progress on its 7-nanometer chip and will update investors on its scheduled earnings call on Jan. 21.

“He will be seen as a potential shot in the arm to attempt fixing both the company’s technical, as well as cultural, issues,” Rasgon said. He cautioned that the “next several years are likely set in stone” and any changes being made will not produce results for about three years.

Gelsinger’s appointment marks a return to technical, home-grown leadership of Intel. Swan was the first person to lead the chipmaker who hadn’t spent most of his career at the company. Gelsinger also marks a return to a line of leadership that was groomed under Intel co-founder Andy Grove, who molded an organization that dominated the $400 billion industry for decades.

Gelsinger, 59, previously served as chief technical officer of Intel after getting a start as one of the designers of the first of the company’s X86 series processors that are still the most widely used in computing today.

“My experience at Intel has shaped my entire career, and I am forever grateful to this company,” he said in a note to employees posted on the company’s website. “To come back ‘home’ to Intel in the role of CEO during what is such a critical time for innovation, as we see the digitization of everything accelerating, will be the greatest honor of my career.”

The first order of business for Intel’s new CEO will be to try fix the company’s manufacturing stumbles. Advancing production techniques, measured in nanometers or billionths of a meter, is one of the most important factors in improving the performance of semiconductors. Intel promised a step called 10-nanometer would appear in 2017. That’s only just reaching mainstream in important products now. Its successor, 7-nanometer, is also a year late. Those holdups have allowed TSMC, which provides outsourcing production for most of Intel’s rivals and many of its customers, to take the lead.

That led to pressure from activist investor Dan Loeb, who in December urged the board to explore strategic alternatives for the company, including a possible breakup and sale of assets. Loeb’s Third Point LLC had threatened to launch a proxy fight if its concerns were not addressed. The hedge fund had not nominated directors to the board Wednesday morning ahead of a Thursday deadline to do so, according to people familiar with the matter.

The change in leadership was met enthusiastically by Loeb. “Swan is a class act and did the right thing for all stake holders stepping aside for Gelsinger,” he wrote on Twitter.

Santa Clara, California-based Intel is scheduled to hold a board meeting on Wednesday. A person familiar with the discussion said the decision to replace Swan was made by the board and not part of a settlement with Third Point. The board decided it wanted a person with more of a technology background rather than finance.

Swan became interim CEO in 2018 and, after saying he didn’t want the job, was given it permanently in January 2019. The search to fill the role, after Krzanich was fired for a previous extra-marital relationship with an employee, led many analysts to suggest Gelsinger would be a strong candidate for the role. At the time he said he wanted to stay at VMware and that software was the future.

“Mr. Gelsinger, in our book, is the best option for Intel at this time, but sadly, he should have been the CEO option to replace Brian Krzanich, not Bob Swan in early 2019,” said Rosenblatt Securities analyst Hans Mosesmann. “The change was widely expected in Silicon Valley and not soon enough, given Intel’s many structural manufacturing and architectural woes that will take years to mend.”

Swan inherited the manufacturing problems and personnel from his predecessor, who had allowed Intel’s lead to slip and forced out a group of Intel veterans from the leadership team to replace them with outsiders such as former Qualcomm Inc. executive Murthy Renduchintala. Krzanich’s outside hires came from companies that didn’t do their own manufacturing and caused a break with Intel’s long-established method of growing its own leaders, something it’s now returning to with Gelsinger.

Under Swan’s leadership, investors deserted Intel’s stock, concerned that he didn’t have the expertise to oversee the fixing of technical problems. Shares fell 17% in 2020 compared with a surge of about 50% by chip stocks on average. Matters came to a head in a July earnings call when he announced a further manufacturing delay and faced intense questioning on his plan to put that right. A subsequent call in October didn’t address those concerns adequately and caused further share declines.

Both Swan and Gelsinger argue that computing is changing and spreading into new areas. Intel is moving away from a dependence primarily on its microprocessors — the type of chip Gelsinger helped design at the beginning of his career — and moving to offer multiple types of chips suited to new work, such as artificial intelligence. Moves by Intel’s rivals and customers support that thesis but Intel is still largely dependent on its central processor business.