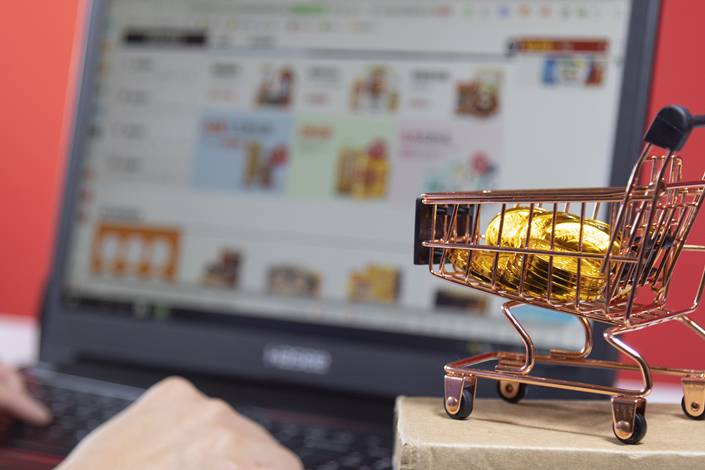 The “Notorious Markets” list carries no penalties for companies that appear on it. Instead, a company’s inclusion on the list is more an embarrassment.

A major retailer on Tencent’s WeChat and Baidu’s cloud storage service were new additions to the latest edition of online marketplaces that facilitate trafficking of pirated goods, alongside return citations for e-commerce giants Alibaba and Pinduoduo.

The four companies are among the largest on China’s internet, with a combined market value of more than $1 trillion, spotlighting the country’s difficulties dealing with the pervasive piracy problem. In nearly all instances, the piracy is the result of activity by third-party merchants on platforms and services operated by the four companies, which all have policies aimed at finding and stamping out such activity.

Despite those efforts, a major retailing partner of WeChat made its debut on the 2020 edition of the “Notorious Markets” list, which is published annually by the U.S. Trade Representative’s Office and was released on Thursday. The USTR specifically pointed to the Weidian program, whose large presence on WeChat allows millions of online merchants to ply their wares to the popular messaging and social networking app’s more than 1 billion users.

“According to right holders, both the volume and proportion of counterfeits on this platform is so high that it can be difficult to find non-counterfeit products,” the report said. “Product listings are allowed to use words such as ‘yuandan,’ a Chinese term indicating that the product is made using the same materials and manufactured at the same facilities as genuine branded items, but without authorization from the brand owner.”

The report noted Weidian was responsive to requests to shutter some counterfeit sellers, but did not have a comprehensive anti-counterfeiting program. The American Apparel and Footwear Association, an American group that provides input for the USTR list each year, said it has requested WeChat’s inclusion for the last two years, saying that due to its status as a messaging app, “counterfeiters knowingly use the platform to hide behind privacy regulations.”

Meantime, Baidu returned to the list after a long absence, this time being cited for its Baidu Wangpan online cloud storage product.

“Users of this service are able to share links to files stored on their accounts to other users, and according to right holders, infringers widely share links to pirated movies, TV shows, and books stored on Baidu Wangpan,” the report said. It added that even though Baidu has provided assistance in recent years when piracy complaints are made, “takedown times are reportedly lengthy, and right holders often have to follow-up with Baidu to ensure that pirated content does not reappear on the platform.”

Baidu was previously included on the list for several years related to its music sharing service, but was removed in 2011 after making efforts to crack down and signing deals with music companies to offer legally licensed products. A Baidu spokeswoman had no immediate comment on the company’s return to the list for its cloud storage service.

Piracy has been a major complaint for years by Western countries, which have generally applauded China’s stronger efforts to crack down on the problem lately but say more still needs to be done. The issue was a major one in last year’s landmark China-U.S. phase one trade agreement, which said the countries would “jointly and individually combat infringement and counterfeiting in the e-commerce market.”

The “Notorious Markets” list carries no penalties for companies that appear on it. Instead, a company’s inclusion on the list is more an embarrassment — especially for big names like Alibaba and Baidu that are publicly traded companies with market values in the tens or hundreds of billions of dollars. Accordingly, such names often launch major lobbying efforts in Washington each year to convince the USTR they are taking the problem seriously and shouldn’t be included on the list.

Meantime, Alibaba’s Taobao, an online flea market similar to eBay, was named to the latest list for a fourth consecutive year. In the latest report, the USTR’s office commended Taobao and Alibaba for their anti-piracy efforts but said the problem still remains a large one.

“Right holders again report that the number of counterfeit products remains stubbornly high,” the report said. “Right holders recognize the improved takedown times, but they remain concerned about repeat infringers on Taobao, the strict criteria for right holders’ takedown requests when compared to other platforms, and the lack of transparency regarding filters and other proactive anti-counterfeiting measures.”

Finally, Pinduoduo made the list for a second straight year, though again the USTR’s office acknowledged the company’s efforts to tackle the problem, including through its “Brand Care Program.”

“However, the significant proliferation of counterfeit goods reported on the platform, even for brands that participate in Pinduoduo’s Brand Care Program, evinces the need to improve the effectiveness of the tools or close the gaps in their implementation,” the report said. “Right holders continue to convey that, overall, Pinduoduo is a platform that is moving in the right direction but stress that the high volume of counterfeit products must be reduced.”

A Pinduoduo spokeswoman did not return a request for comment.