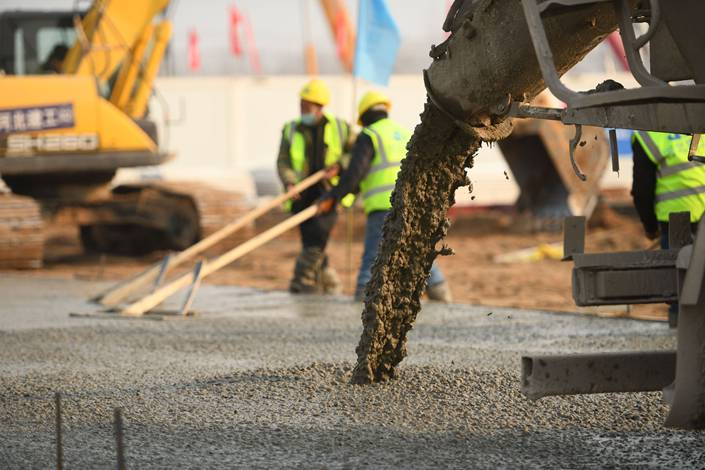 Six cement-makers in Southwest China were fined about $9 million earlier this month for colluding to raise prices, which an industry expert said could be the start of a broader crackdown on corporate misconduct in the industry.

Such agreements, in which producers in a given region agree on prices among themselves to protect their profits, are often facilitated by local cement associations that organize industrial conferences to provide a venue for such collusion.

In this case, the Sichuan Cement Association was also fined 500,000 yuan ($77,390) by the local regulator, the first time a cement association has been penalized in this way.

The local regulator didn’t specify the details of the companies’ agreements in its statements, which were released on Jan. 7.

This kind of price fixing has long existed in cement industry, a monopoly expert familiar with the industry told Caixin, adding that this could be just the start of a broader government crackdown.

The six cement companies — which include private firms and state-owned enterprises — have a combined capacity of 175 million tons per year, supplying over half of the region’s cement clinker, said Wang Qi, a cement analyst at research firm Sublime China Information Co. Ltd.

China’s cement industry generated 1 trillion yuan of revenue in 2019, while total profits were up 19.6% year-on-year to a record 186.7 billion yuan, according to the Ministry of Industry and Information Technology. The sector experienced a 1.6% dip in profits in the first 10 months of 2020, even as production rose 9.6%.

The Sichuan regulator has been probing price fixing among the companies for years, but the investigation has moved at a snail’s pace, said Liu Xu, a guest researcher at Tsinghua University’s National Strategy Institute.

The fines levied on the companies are the largest handed out for anticompetitive behavior in the sector since 2014, when three cement firms in Northeast China’s Jilin province were fined 114 million yuan for similar reasons.

In 2019, the country’s top market regulator summoned six cement conglomerates as well as three cement and construction associations for an anti-monopoly conference, where it warned them against fixing prices.