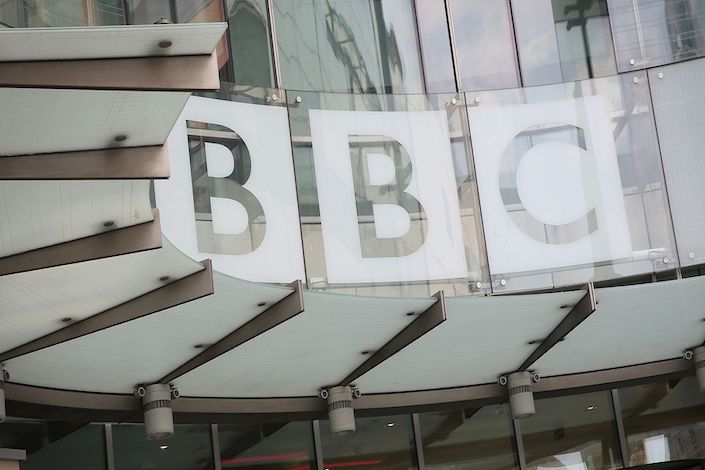 BBC reports on China violated regulations that news bulletins be “truthful and fair,” China’s National Radio and Television Administration said in a statement early Friday in Beijing. The U.K.’s Foreign Secretary Dominic Raab said in a Twitter post that the decision represented an “unacceptable curtailing of media freedom” and that it would damage China’s reputation.

“We are disappointed that the Chinese authorities have decided to take this course of action,” a BBC spokeswoman said by email. “The BBC is the world’s most trusted international news broadcaster and reports on stories from around the world fairly, impartially and without fear or favor.”

The situation escalated when Hong Kong’s public broadcaster RTHK said in a statement it would suspend the relay of BBC World Service and BBC News Weekly starting at 11 p.m. Friday, citing the decision by China’s National Radio and Television Administration as the reason for its move.

Following the decision by U.K. regulator Ofcom to revoke CGTN’s license last week, Chinese officials complained about the BBC’s reporting on the Covid-19 pandemic and asked the broadcaster to apologize. The BBC said at the time that it rejected “unfounded accusations of fake news or ideological bias.” The London-based BBC recently published and broadcast reports critical of President Xi Jinping’s government on censorship and camps in the country’s Xinjiang region.

The NRTA will not accept the BBC’s broadcast application for another year, said a spokesperson for China’s embassy in the U.K. The spokesperson said the BBC’s “serious violation of broadcasting rules on accuracy and impartiality has undermined China’s national interests and ethnic unity and failed to meet the requirements for overseas channels to broadcast in China’s mainland.”

Ofcom said it removed CGTN’s British license because the holder didn’t have editorial control. CGTN had asked for its license to be transferred to an entity called China Global Television Network Corp., but “crucial information” was missing from the application. The new owner would have been disqualified from holding a license as it would be controlled by a body ultimately directed by the Chinese Communist Party, Ofcom said.

CGTN also lost permission to broadcast in Germany because of the removal of its U.K. license, a spokesman for the media authority in the state of North Rhine-Westphalia said Friday. The authority informed broadcasters in the state that they have to stop CGTN programming, he said.