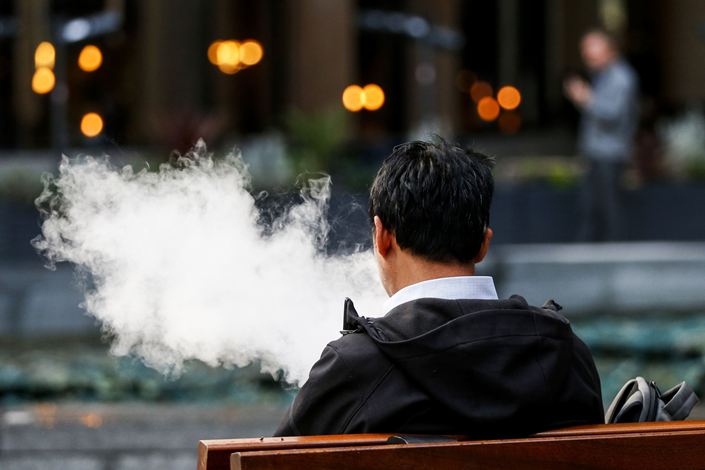 A pedestrian exhales a cloud of vapor from a vaping device in London. Photo: Bloomberg

Lu, a managing director and head of Asia health care investment banking at Citi, is expected to join the U.S.-listed e-cigarette maker as soon as March, the people said. Lu will help RLX Tech to identify expansion and investment opportunities in the health care industry that could apply its vaping technology, said the people, who asked not to be named as the information is private. He will still be based in Hong Kong, they said.

Lu, a Princeton University graduate, joined Citi in December 2013, according to his LinkedIn profile.

The company, which is known for its RELX-branded devices, raised about $1.4 billion in an initial public offering in the U.S. last month, according to data compiled by Bloomberg. Lu was a lead banker on the deal, the people said, as Citi and China Renaissance Holdings Ltd. arranged the offering.

Shares in RLX Tech have risen more than 75% since its January debut, giving the company a market value of about $32.7 billion.

Representatives for Citi and RLX Tech declined to comment.