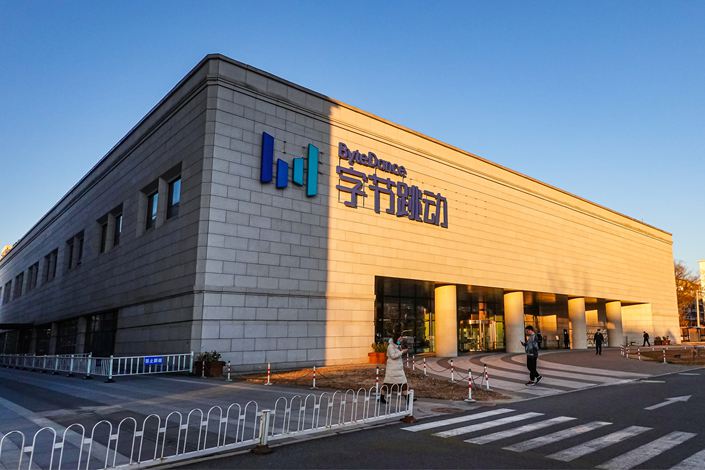 In three years, the Beijing-based company behind short-video app TikTok and its equally popular Chinese twin Douyin, has swelled its ranks from 30,000 to 100,000 workers, giving the nearly 9-year old company more manpower than its 22-year-old peer Tencent Holdings Ltd.

All the new hiring begs a question. Considering that many of ByteDance’s products run on the same tech infrastructure that conceivably allows it to save on labor, why does it need so many new employees?

The short answer is an aggressive expansion that has stretched into a variety of new sectors and overseas, where it now operates from more than 240 offices in over 150 markets, including 13 in the U.S. and six in India. However, that expansion hasn’t come without a cost, as the addition of so many new employees has created new management problems.

Still, if there is a lesson to be drawn from ByteDance’s experience, it’s that lots of manpower remains necessary to running internet businesses driven by user-generated content.

Why so many employees?

As of the end of June, ByteDance had 10 consumer products that it was serving up to a combined 1.26 billion monthly active user accounts, according to data from research firm QuestMobile.

The growth of ByteDance’s organization can be justified to an extent by its growing business. For example, over a two-year period, Open Language’s gross merchandize value has soared from 40 million yuan ($6.2 million) to nearly 1 billion yuan, a ByteDance employee told Caixin. There are around 1,000 employees in this business segment, with more than 700 working in community operations, which include things like managing online communities.

Still, ByteDance depends on its content platforms to keep cash coming in. “TikTok and Jinri Toutiao are profitable. ByteDance relies on them to support other projects,” the employee said.

Employees work long hours at ByteDance. Working “996” — from 9 a.m. to 9 p.m., six days a week — is prevalent. The same goes for the odd-even weekend shift system, in which workers only get a full weekend off every other week.

Read more
In Depth: How Workers Got Left Out of China’s Internet Boom

Several headhunters said that ByteDance has a huge demand for employees and spends a fortune on mid- and high-level talent, often offering salary increases in the 30% to 50% range. The company favors hiring people quickly, one headhunter in the tech industry told Caixin.

Its hiring practices mirror product development. ByteDance’s products iterate very quickly. “A lot of pilot projects are measured by ‘days’ and will be immediately abandoned if they don’t work out as expected,” a former employee said.

Content reviewers and sales staff make up the majority of ByteDance’s employees, Caixin has learned from knowledgeable sources. The two account for 70% to 80% of all positions at the company, a former Jinri Toutiao employee estimated.

ByteDance requires a huge staff to review all the content coming in on its platforms. The short-video app Douyin, for example, has 600 million daily active users, but machines can only prescreen for certain kinds of objectionable material, like pornography and violent content. Human reviewers are needed for more nuanced screening.

“Rules for machine review need to be updated regularly. For such an enormous amount of content, machine learning is not as efficient as one might think, and massive manual content reviews and timely updates of the review rules are necessary,” another former ByteDance employee said.

In China alone, there are 20,000 content reviewers managed by ByteDance’s subsidiaries, which are located in second-tier cities where labor costs are generally lower than in first-tier cities like Beijing and Shanghai. Overseas, the job of reviewing content on TikTok and other platforms is outsourced to local companies.

“Content reviewers work eight hours a day and are fully occupied,” said an employee who has worked in content review in India. ByteDance has extremely strict requirements for these reviews, and tracks each reviewer’s accuracy rate and omission rate, among other metrics. “It’s a really painful job,” the employee told Caixin.

Such content review rules have only grown more complex as the company has expanded to more countries. The rules are adjusted almost every week in the Middle East, India and other places where there are strict regulations and numerous minority languages.

In a letter to staff in early 2020, Zhang Yiming, ByteDance’s founder and CEO, expressed concern about managing such a large staff. “We’ve seen many management problems, and employee engagement and satisfaction have declined,” he wrote.

Some employees said that problems have emerged with more staff and more complex business segments, which inevitably hurt efficiency. “The past two years saw many cases where the number of people (in a project) has increased but the goal is harder to achieve,” the former Jinri Toutiao employee said.

Some ByteDance employees also said that after 2018, the company did not pay as much as it used to for technical positions. Meanwhile, employee stock options have continued to get diluted as the company goes through additional rounds of financing.