Alibaba, Once a Fund Darling, Dumped by Point72, Hillhouse 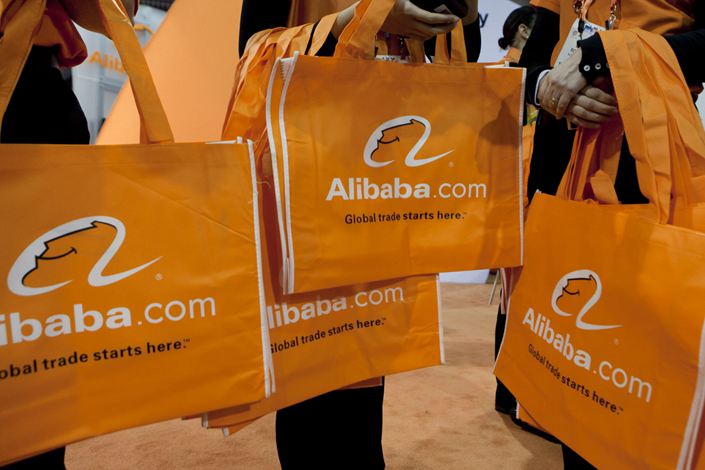 (Bloomberg) — Alibaba Group Holding Ltd., once the most valuable company in China, is turning from a global hedge fund favorite to something less than desirable.

Investors from hedge fund titans such as Point72 Asset Management and Moore Capital Management to Canadian and U.S. pension funds dumped 101 million of Alibaba’s American depositary receipts in the fourth quarter, cutting the market value of their holdings by $89 billion, according to filing data. It was the biggest investment reduction among U.S. traded companies, more than three times the second-most sold stock, Salesforce.com Inc.

Once a symbol of China’s new economy, the e-commerce giant founded by Jack Ma now finds itself at the forefront of the government’s campaign to rein in the sprawling power of tech giants. Alibaba’s shares, which are traded on the New York Stock Exchange, have slumped about 18% since November, when regulators in Beijing halted the $35 billion initial public offering of Alibaba’s affiliate Ant Group Co. Ltd. at the last minute. Government watchdogs have also ordered Ant to overhaul its business and began an antitrust investigation of Alibaba.

Meanwhile, Alibaba, which has invested in a wide range of sectors from online grocery to ride-hailing and artificial intelligence, will face restraints on future expansion. Chinese antitrust watchdogs used to pay little attention to investment led by internet companies, but have begun strengthening enforcement amid Beijing’s push to root out monopoly power. In December, China’s antitrust watchdog fined Alibaba and two other companies over years-old acquisitions. Regulators said the e-commerce heavyweight should have sought government approval before increasing its stake in a department store chain in 2017.

If someone were to make an example of how to take down a monopoly in China, they’ve got nothing better than Alibaba, said Rajiv Jain, who oversees $73 billion in assets as chairman of GQG Partners LLC in Fort Lauderdale, Florida. “The long-term growth trajectory is now different from what we thought.”

GQG liquidated all of its 9.6 million ADRs in the fourth quarter, valued at $2.8 billion, according to filing data. Jain said he had owned Alibaba shares since the company’s initial public offering in 2014, when he was the chief investment officer at Vontobel Asset Management.

An Alibaba spokesperson declined to comment on investors selling the stock.

Investors are questioning whether Alibaba can sustain its meteoritic rise amid the regulatory scrutiny. It now could face penalties of as much as 10% of its revenue if it’s found to have violated antitrust rules. Those rules are against practices such as forced exclusive arrangements with merchants, known as “Pick One of Two,” predatory pricing and algorithms favoring new users. Tightening government oversight also threatens to curb Ant Group’s dominance in online payments and scale back its expansion into consumer lending and wealth management.

Alibaba has said that it’s working with regulators on complying with their requirements as the antitrust investigations continue. Share prices have recovered somewhat since Ma resurfaced in late January after vanishing from the public sight following the government’s crackdown on his businesses. The shares fell about 1% to $250.34 in New York Wednesday.

Other prominent investors cashing out include Hillhouse Capital Advisors, which sold its $1.2 billion holdings. Canada Pension Plan Investment Board reduced its stake by 31%, or $2.1 billion.

Izzy Englander’s Millennium Management LLC was among a minority group of investors who scooped up Alibaba, counting it as its sixth-largest holdings.

Representatives at these firms either declined to comment or didn’t reply to emails or calls.

Rather than pulling out, some investors may have swapped their ADRs with shares traded in Hong Kong to avoid the risk of being caught in the political tension between the U.S. and China, said Brendan Ahern, chief investment officer at Krane Funds Advisors LLC, which runs several China-focused exchange-traded funds in the U.S.

Former U.S. President Donald Trump signed legislation in December that could kick Chinese companies off of U.S. exchanges unless American regulators can review their financial audits. The administration had also considered banning U.S. investments in Chinese companies, including Alibaba and Tencent, before deciding against it.

“Alibaba is a very well-managed company,” said Ahern. “We are a big believer in the company and management.”

Analysts share Ahern’s upbeat sentiment. All but three of 61 analysts rate the company as a buy.

For GQG’s Jain, the regulatory uncertainties mean the risk-reward calculation is stacking against Alibaba. For instance, it’s becoming much more difficult for the company to grow its business by acquiring smaller players.

“There’s more downside than upside,” said Jain, whose Goldman Sachs GQG Partners International Opportunities Fund beat 83% of its peers over the past three years. “The regulatory risk is usually underappreciated until it’s too late. In other words, you cannot handicap that.”