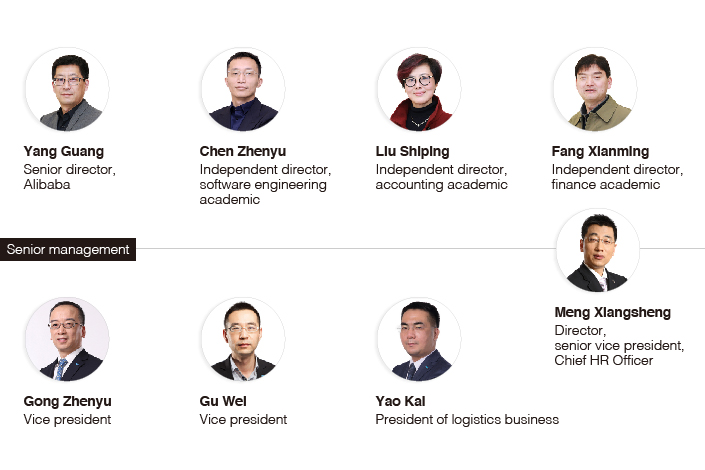 In the years after its founding three decades ago, Suning (002024.SZ) quickly become a leader of a new generation of retailers shaking up the stodgy landscape from China’s planned-economy past. But now the company is being rapidly overtaken by a newer generation of e-commerce companies like Alibaba and JD.com, even as it tries to make its own move into the cyber realm.

Set up in 1990 in Nanjing, capital of East China’s Jiangsu province, Suning and rival Gome went on to become two of China’s biggest retailers by setting up networks of slick stores catering to China’s growing thirst for consumer electronics. The company’s billionaire founder Zhang Jindong is a household name in China, as is Gome’s Huang Guangyu, who was once China’s richest man and was released from prison last year after serving 12 years for insider trading and corporate bribery.

But after establishing themselves with networks of thousands of stores around China, both Suning and Gome gradually lost their luster over the last decade as both failed to make a successful e-commerce transition. Suning is currently a distant fourth in China’s B2C e-commerce market, with around 5% share or less, behind the much better known trio of Alibaba, JD.com and up-and-comer Pinduoduo.

- Suning mainly operates in online and offline retail, selling consumer electronics, home appliances and daily necessities. In 2019, it was China’s biggest home appliance seller with more than 22% of the market, followed by JD.com (14.4%) and Alibaba’s Tmall (8.8%), according to the China Household Electric Appliance Research Institute.

- Suning also operates brick-and-mortar department stores and supermarkets through its acquisition of 37 Wanda stores and an 80% stake in French retailing giant Carrefour’s China operation in 2019.

- The company has branched into other retail services in recent years, offering logistics, after-sales support and customer service software, with the ambition of building a “smart retail system.” Aiming at lower-tier cities, it has also set up a franchised chain of “retail cloud” stores, which expanded dramatically last year.

Suning got a major vote of confidence in 2015 when Alibaba paid about 28.3 billion yuan ($4.4 billion) for 20% of Suning’s shares. At the time, the pair hailed the tie-up, which also included a 14 billion yuan investment by Suning for 1.1% of Alibaba, as a landmark pairing of a traditional brick-and-mortar retailer with a newer e-commerce giant.

Suning would go on to sell its Alibaba stake for big gains as the shares of the e-commerce giant embarked on a meteoric rise following its 2014 IPO. But the Suning stake that Alibaba continues to hold has lost more than half its value since the deal, now worth about 13 billion yuan.

As Suning struggles to carve out a niche in e-commerce, the company has come under growing financial stress from a wide range of initiatives that have yielded lackluster results. Concerns about the financial health of Suning’s appliance unit were raised starting last year, when online chatter of a cash crunch pressured bonds issued by the key listed unit. Suning Appliance dispelled the talk as a “rumor” at that time.

Both Suning Appliance and Suning.com face high near-term repayment pressures, according to China Chengxin International Rating Co. A combined 15.8 billion yuan of bonds will be payable this year for the two companies as they confront refinancing challenges, the rating firm said in a report earlier this month.

In a nod to those pressures, Suning.com said on Thursday that its major shareholders plan to sell 20% to 25% of the company to unidentified buyers in transactions that could take control of the company away from Zhang Jingdong.

Caixin learned from separate sources that the State-owned Assets Supervision and Administration Commission (SASAC) in Nanjing, where Suning is headquartered, is most likely to become the new controlling shareholder. Such moves are relatively common, which see the major local state-owned bodies come to the rescue of local champions in their times of distress.