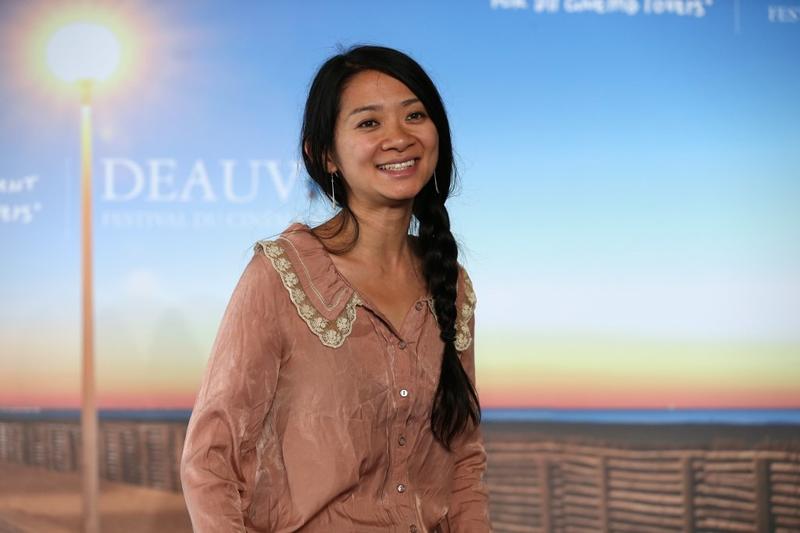 Beijing-born Chloe Zhao’s Golden Globe wins for best director and best picture with “Nomadland” have set Chinese social media on fire, as readers await the movie’s China box office debut on 23 April and the possibility of an Oscars win soon after. The hashtag #Zhao-Ting-(her Chinese name)-Wins-Best-Director-at-Golden-Globes has been seen over 170 million times and commented on by thousands.

The historic best director win for Zhao, 38, sees the film maker become the first Asian and the only second ever woman to win the prestigious award which kicks off the U.S. movie award season.

Another hashtag #Song-Dandan-congratulates-her-daughter-on-her-Golden-Globe-awards also made the top of the most viewed list on social media site Weibo. Song, a well-known Chinese actress, said, “My precious, I really don’t know how to congratulate you. With every award you exceed our expectations and make us extremely happy.”

“Nomadland”, Zhao’s award-winning slow-paced contemplative feature film based on the 2017 book, “The Wasteland: Survival in the 21st Century America", is her third film following two successful independent productions, “The Rider” and “Songs My Brothers Taught Me.” The latest film, starring Francis McDormand, follows an older American woman who loses both her husband and her job following the financial crisis, begins living in a trailer park and adapting to an existence on the fringes of society. “Nomadland at its core for me is a pilgrimage through grief and healing,” said Zhao, accepting the award via Zoom. “So for everyone who has gone through this difficult journey at some point in their lives, this is for you.”

Thanking the modern-day “nomads” who were the subjects of her film, she said film-making is “a chance to learn from each other and have more compassion for each other, so thank you to everyone who made it possible for me to do what I love.”

The top comments about the award wins on Weibo are full of expectation for the film hitting the big screen next month. “Who isn’t waiting for 23 April?” wrote one person.

As the director reaches the higher echelons of celebrity, one comment tracks the recent past with, “Two years ago, people knew Chloe Zhao as the step-daughter of Song Dandan. Then they knew her as a Chinese female director. Now, they know her as a possible future Oscar’s award-winning director.”

Zhao has received considerable national pride, encapsulated in comments such as, “The pride of the Chinese people! The pride of female directors! We can’t wait for the Oscars.”

However, some wonder if Zhao will turn to Chinese topics in the future. “Iranian directors win with Iranian films, but Chinese directors only dare produce films from a foreign perspective.”

In comments below Zhao’s acceptance speech on Youtube, some people complain that “Chloe Zhao only won because she's a woman. NOT for any artistic merit,” and that “Previously, the Golden Globe was awarded for incredible talent and skill, now for social statements in favor of minorities.”

To the contrary, the Golden Globes have been regularly criticized for a lack of diversity in their judging panels.