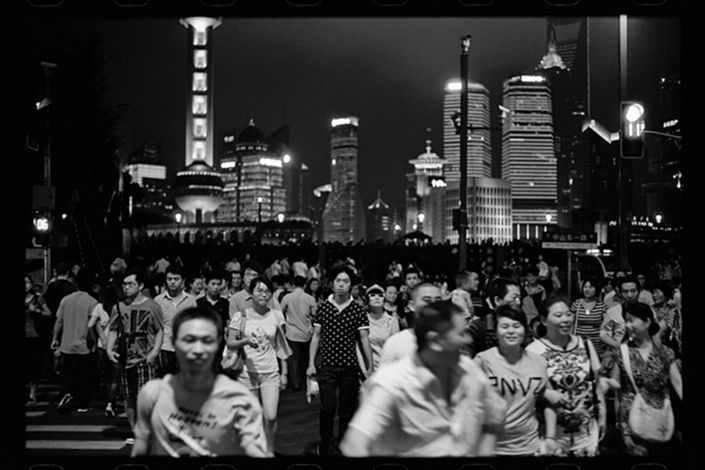 The skyline of the Lujiazui financial district in Shanghai is illuminated, with Huangpu River in the foreground. People rush around, with indifferent or excited faces. This photo is from “Wandering in China,” a collection by Andrew S. T. Wong, a British-Chinese photographer with a focus on the China region. The photo zeros in on a man in a polka-dot polo shirt, who stares blankly while holding hands with the girl next to him. This photo seems to represent Wong's attitude toward photography. Instead of the age people are living in, he is more interested in the ordinary people living in the age.

The skyline outline is more like an ECG diagram of the age. When Wong is wandering in China, he is actually feeling the pulse of the country.

All the images in this collection were taken on black-and-white film, simple and plain, capturing the daily lives of ordinary people. As a veteran photographer who started his photojournalist career nearly four decades ago, he knows all the tricks for spicing up a photo and maximizing its visual appeal. In “Wandering in China” collection, however, he abandoned all the skills and stopped pursing the so-called dramatic tension. Instead, he recorded everything just the way it was. He describes himself as “a bystander and a listener.”