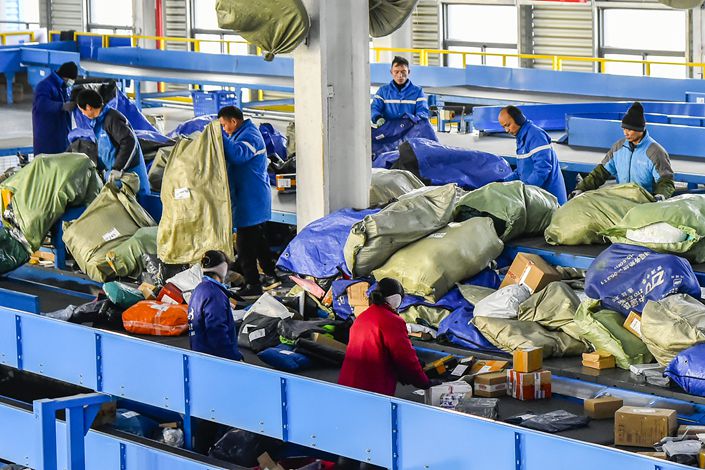 The four listed Chinese courier firms that had reported by April 30 lost a total of 480 million yuan ($74.16 million) in the first quarter, an analysis of their quarterly earnings shows.

It comes after the delivery volumes of China’s six listed courier companies grew 30.8% in the pandemic year, even as revenue per delivery fell between 18% and 26%, according to their annual reports.

J&T Express, a new entrant backed by group-buying giant Pinduoduo, has ratcheted up pressure on the sector, using a money-losing strategy to aggressively expand its foothold. The firm, which gets most of its business from Pinduoduo, is expected to continue shaking up the market and squeezing profit margins this year.

STO Express was particularly hard hit: its net profits were down 97% year-on-year on operating revenue of 21.6 billion yuan, down 6.6%. The firm made about 4% profit on an average delivery last year. Meanwhile Best Express actually lost 0.25 yuan for each parcel it delivered.

ZTO Express, YTO and Yunda grew their market share last year as the three companies demonstrated the advantage of size. ZTO’s market share eclipsed 20% for the first time, and its volume expanded 10% above the industry average. Analysts expect its position to remain relatively stable.

Yunda’s revenue grew nearly half even as net profit shrank by more than 30%. According to Chinese brokerage Northeast Securities, Yunda’s profits fell in the first quarter because it held prices level during the Lunar New Year period to retain market share, undercutting competitors.

Revenue from Best’s express delivery business was 19.43 billion yuan in 2020, a year-on-year fall of 11%. Apart from its international business, which grew, all other divisions fell, with a loss to the parent company of 2.026 billion yuan in net profit, nine times higher than the previous year. The firm announced widespread store closures in November as part of a renewed focus on its core business.

Shares of SF Holding were suspended after falling 10% and triggering a circuit breaker following the release of results showing its first quarterly loss in March. The firm has seen lackluster growth of its time-sensitive express service in recent years, which mainly provides business services such as document delivery.

SF said the loss was due to heavy spending to develop its new e-commerce courier business which required an entirely new shipping network as well as high labor costs over the Lunar New Year holiday.