Tesla to Set Up China Database So Drivers Can Access Facts 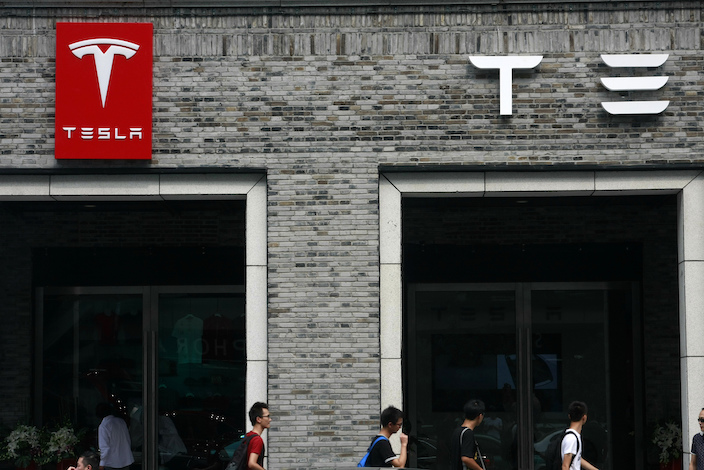 Tesla found itself in the headlines in China for all the wrong reasons last month after a public protest at the Shanghai Auto Show went viral.

(Bloomberg) — Tesla Inc. will develop a database that vehicle owners in China can use to access information generated by their electric cars.

The Palo Alto, California-based company plans to have the database up and running by later this year, according to a statement Thursday that didn’t provide any other details including whether the data will be available free or what sort of driving information will be uploaded.

Tesla found itself in the headlines in China for all the wrong reasons last month after a public protest at the Shanghai Auto Show went viral. A customer who said the brakes failed in her Tesla, almost killing her father who was driving at the time, jumped on top of a display car, prompting a deeper investigation by a local market regulator and heated criticism of Tesla’s customer service.

Days after the embarrassing event, Tesla released the data logs of the car in question. It had held out for several months but acquiesced after the regulator in Zhengzhou, Henan, where the crash occurred, ordered Tesla’s branch there to unconditionally provide the woman with complete driving data for the 30 minutes before the incident.

China is separately considering new regulations that would require data collected by intelligent cars to be stored in the country, a move triggered by recent concerns that cameras in Tesla vehicles could be used for spying, people familiar with the matter said last month.

The draft regulation, open for public comment until May 15, proposes mandating that any information collected from a car’s external cameras, such as location data or images of buildings or roads, be stored in China. Tesla’s EVs were banned from Chinese military complexes and housing compounds in March because of concerns about sensitive data being collected by cameras and sensors built into the vehicles.

In an unrelated development, the China Association of Automobile Automakers last month said it was developing a free platform that will allow any carmaker to upload and store data on autonomous driving. That platform is optional, and automakers don’t have to participate.