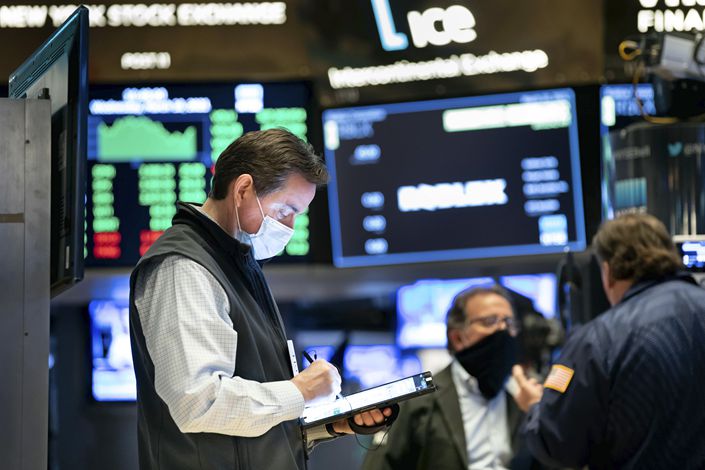 Traders work on the floor of the New York Stock Exchange on March 10. Photo: VCG

The U.S. auditing regulator has proposed new rules that would help it implement a recent law that could trigger the delisting of Chinese companies whose audits cannot be inspected by the watchdog.

The proposed rules, released by the Public Company Accounting Oversight Board (PCAOB) on Thursday for public comment, provide a framework that would make it easier for the regulator to determine whether it has been unable to completely inspect or investigate a foreign audit firm.

The proposed rules would allow the PCAOB to better carry out its responsibilities under the Holding Foreign Companies Accountable Act (HFCA Act), which was signed into law by former U.S. President Donald Trump in December. The law prohibits a company’s securities from trading on U.S. exchanges or over-the-counter markets if the PCAOB is not able to inspect its audits for three years in a row.

Although the law applies to all foreign companies, it is clearly targeted at China. The dispute over China’s reluctance to allow the U.S. audit regulator to inspect Chinese firms’ audits has lasted for years. It escalated amid rising China-U.S. tensions during the Trump administration and the Luckin Coffee Inc. accounting scandal that left American investors with huge losses.

“Cooperation between the PCAOB and our international counterparts is vital to facilitating meaningful audit oversight and to strengthening investor protection,” PCAOB Chairman William D. Duhnke III said in the Thursday announcement. “This rule will enable the PCAOB to fulfill its responsibilities under the Holding Foreign Companies Accountable Act, a law passed with extraordinary bipartisan support.”

“The rule addresses situations where overseas authorities have denied the PCAOB the access it needs to conduct its mandated oversight activities,” he said.

The PCAOB said it will accept public comments on the proposal through July 12.

Companies won’t be required to comply with the HFCA Act for fiscal years ending on or prior to Dec. 31, 2020. That means companies will start to be at risk of ejection from the U.S. securities market under the law in 2024.

In addition, the HFCA Act also requires foreign issuers to provide proof that they are not owned or controlled by a foreign government, disclose names of any board members who are officials of China’s ruling Communist Party, and indicate if any articles of incorporation of the issuer contain elements of the party’s charters.

Starting from May 5, foreign companies listed in the U.S. are required to disclose this kind of information in their filings as required by the U.S. Securities and Exchange Commission (SEC). On April 30, New York-listed China Petroleum and Chemical Corp., one of China’s top oil refiners, opposed the requirements in a letter to the SEC and said that would add additional unnecessary compliance costs.

“It is not clear that it is going to be a tremendous economic loss to either side,” he said, commenting on the impact of potential delisting. “As for the Chinese companies, accessing U.S. listed markets has never really been about capital. It has been more about reputation and signaling.”

“That is less the case today though, with the growing nationalism in China. And there is no shortage of ways in which Chinese companies can raise capital from Americans outside of the listed market,” he said.