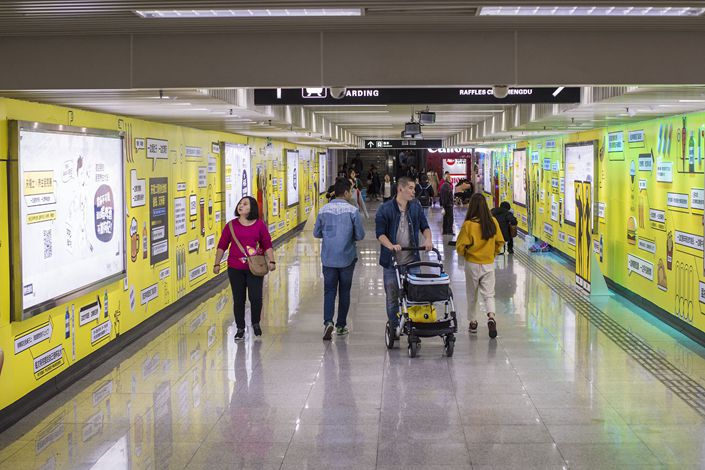 One of the more striking phenomena in China over the past year or two has been the proliferation of technical “jargon,” whether on the internet or in specialized fields, triggering widespread discussion.

For example, the word neijuan (内卷) or involution is a technical term used in sociology, economic history and related fields, but after appearing on social media, it became one of the most popular buzzwords since last year, with its meaning extended and transformed.

Why do we use jargon?

The first thing to understand here is that there are two functions or connotations of jargon, with diverging social mentality and means of formation.

Jargon is a specialized terminology employed in a particular context associated with a particular field or area of activity. Insiders know the meaning of the jargon, but outsiders may find it difficult, if not impossible, to grasp. In fact, as jargon becomes popular within a particular field, one of its basic functions is to prevent others from understanding it, so as to quickly distinguish outsiders from insiders.

Jargon terms are almost cryptic, never bearing the meaning they seem to carry on the surface.

For example, within China’s tea industry, niurou (牛肉), or beef, refers to cinnamon rock black tea produced at Niulankeng in the Wuyi Mountains, while marou (马肉), or horsemeat, refers to the same type of tea produced at Matouyan in the Wuyi Mountains. Both use the first character of the name of the location. Both are precious varieties of Wuyi rock tea.

Then, in the secondhand car market, “big cut” refers to a used car with a frame that was once damaged in an accident and later subjected to secondary welding, while a “naked car” refers to a car that has not gone through formal processes such as getting a license plate and insurance coverage. It is hard for such jargon to ever catch on as only those engaged in the relevant field will have interest in it. More importantly, the concrete meaning is closely connected with a special context, outside of which the words become meaningless.

Therefore, you may be considered an insider only if you know the specific meaning of these words. One reason people may be motivated to know such jargon is, apart from an interest in a specialized field such as tea culture, is the ability to decode terms and thus reduce the risk of being left out.

Irish playwright George Bernard Shaw once famously remarked, “All professions are conspiracies against the laity.” This fits today’s China quite well.

In the absence of regulation, many sectors seem to be in deep water. Even experienced persons are cautious, let alone those new to an industry. Jargon is thus often popularized to help laypeople understand the field and avoid getting bilked.

There are jokes about this online. For example, if a boss at a job interview claims to adopt “flat management,” that probably means it’s a small startup; if he says “localized digitization that embraces China,” it may just be a public account on a social media platform. It is easy to see that the problem does not lie in the jargon itself but the context of its use. In fact, what people are actually are worrying about is that the jargon beautifies a harsher reality: Outside its special context, you know A stands for B, but inside it, A means C.

The second type of jargon resembles the first in certain ways. This type is also difficult for laypeople to understand, but it doesn’t necessarily expose them to any risks. Its popularization is therefore not a result of risk avoidance, but an evolutionary growth out of subculture into the mainstream.

This process is nothing new. Economic terms was the first jargon to become popular, rather than the internet terminology. More than a decade ago, men in the marriage market who had a modest family background but promising future were jokingly referred to as “potential stock.”

Such jargon gradually became a part of people’s thinking, and they began to use the terms to further describe or explain a number of related phenomena. Sometimes people cannot find the proper word to describe the situation that confronts them. It’s precisely at such moments that a new word appears ready to be used, just as a single spark can start a wildfire. “Involution” is an excellent example, because the society was already mentally prepared to accept such a term.

The death of expertise?

The prevalence of jargon can say a lot about our society.

For one, a lack of trustworthy professionals forces the public to identify risks on their own. For another, there is no high professional threshold, so ordinary people are often confident about learning and even making comments. At the same time, the boundaries between the subcultures and mainstream culture are being blurred, without much resistance from either side.

One of the major features of modern society is the proliferation of various professional groups. The more developed the society, the more refined its disciplinary segmentation. There are so many specialized skills or areas of expertise that it has become difficult to communicate with or understand one another, even within the subdivisions of the same field. As the saying goes, “A difference in profession makes one feel worlds apart.” Under these circumstances, the use of jargon is an inevitability. British historian Peter Burke once said that “different disciplines can be regarded as distinct professions or even subcultures. They have their own languages, values, mindsets and ways of thinking, which are continuously strengthened by their training processes or socialization. “

The gaps between professional groups, as well as the gaps between professionals and ordinary people, are even more prominent in the developed countries of Europe and North America. This is not only because these countries achieved modernization earlier or had more refined divisions of labor, but also because terminology in Indo-European languages is even more inscrutable to outsiders.

When American journalist Turner Catledge went to work at The Commercial Appeal in the 1920s in Memphis, Tennessee, his editor of the city edition once asked this question aloud in the office, “Does anyone know what you call a person who studies insects?” Nobody but Catledge responded. “An entomologist?” he suggested. After that, his weekly pay increased from $25 to $35.

The English word “entomologist” is so different from the word for “insect” that even in English-speaking countries, only those with expertise in biology would know it. In China, meanwhile, even a primary school student would probably be able to answer the corresponding question in their own language. Thus, it is much easier for Chinese speakers to enter professional fields such as biology, medicine and so on.

Moreover, Chinese people widely and firmly believe that even the knowledge of highly specialized fields should be presented in simple language. A few years ago, philosopher Chen Jiaying expressed a similar view during a conversation: “You think we should describe puzzles and problems using jargon, but in my opinion, doing so often obscures their essence. Only by stating problems in our everyday language can we really get to their heart.”

The problem, however, is that this view itself implies a refusal to acknowledge the existence of thresholds to professional fields, or at least an attempt to bridge the distance. This is why laypeople are often extra vigilant of experts and unwilling to believe them — saying, for instance, “I’m not highly educated, don’t try to trick me” — or even show signs of anti-intellectualism, sneering at jargon’s uselessness and resisting any efforts to stand out on the part of professional communities. On the other hand, laypeople sometimes use jargon themselves as a convenient tool of communication about a phenomena, if not as a way to show off as well.

Actually, the more equal a society is, the more likely this is to happen. In “The Death of Expertise,” American scholar Thomas Nichols argues that in recent decades Americans have increasingly lost their awe of experts and expert knowledge, while experts and scholars have gradually abandoned their responsibility of public engagement, more often choosing to stay within their respective circles and communicating exclusively with other insiders.

What he describes mirrors a similar phenomenon in Chinese society. Although here it is not quite “anti-intellectualism.” While Chinese people may often distrust experts and try to pull them down from their “altars,” many people also disguise themselves as experts, enthusiastically adopting the use of obscure specialized terms. From time to time, this results in a term’s popularization, and with it, some popularization of the corresponding expert knowledge.

No one can turn the tide, and perhaps the best thing to do is just ride it out, facing the public and engaging in active dialogue with common people. The facts have shown that this approach not only better equips the public to understand their personal or social circumstances; it also enables experts and scholars to fulfill their roles most fruitfully.