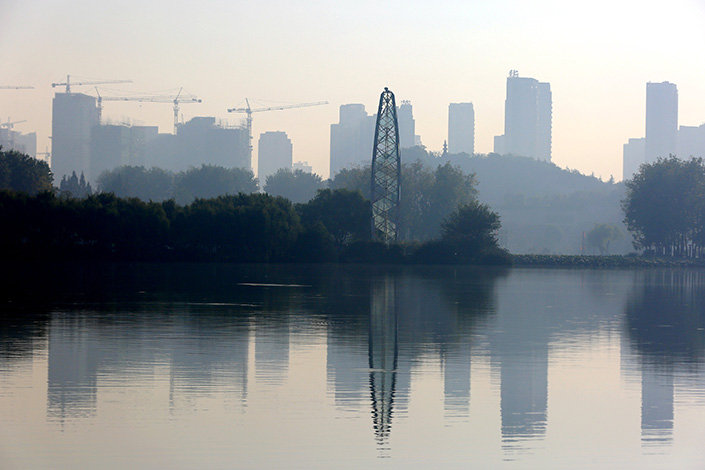 China is moving to change which government department collects revenue from land sales, as part of the country’s broader efforts to crack down on local authorities’ often freewheeling use of the money they make from transferring land use rights.

All local governments will be required to transfer the power for collecting land sales revenue from their natural resources departments to tax authorities, which are chiefly overseen by the State Taxation Administration (STA), according to a Friday notice (link in Chinese) issued by four central government departments, including the STA and the Ministry of Natural Resources. One city and six provincial-level regions will join a pilot program on July 1, paving the way for the reform to be rolled out nationwide on Jan. 1, according to the notice.

The reform dovetails with a plan (link in Chinese) issued in early 2018 that requires tax authorities to take responsibility for collecting nontax revenue under their jurisdiction in a bid to make the collections more efficient and regulated.

Tax authorities have advantages in collecting nontax revenue, as they have professional and experienced staff, advanced collection technology and complete databases about taxpayers, Zhu Qing, a professor at the Renmin University of China’s school of finance, said (link in Chinese) in 2018.

An overhaul of which government department will be responsible for collecting the more than 8 trillion yuan (link in Chinese) of land sales revenue can help the central government keep better track of the money and help stop local governments from illegally shoring up their financing vehicles with the funds, as tax authorities ultimately answer to the central government’s STA, multiple analysts said.

China has been attempting to rein in local government debt, much of which was hidden off-balance-sheet in local government financing vehicles (LGFVs), companies set up specifically to borrow the money needed to fund spending on infrastructure and public welfare projects, which usually bring in low returns.

The new reform is expected to seal loopholes where local governments illegally return part of land transfer revenue to LGFVs participating in land auctions, or allow them to reduce or delay payments, thus hurting the cash flows of LGFVs, analysts at Zhongtai Securities Co. Ltd. (600918.SH) wrote in a Saturday report (link in Chinese).

Under the new mechanism, local governments will find it more difficult to use land transfer revenue at their own discretion, which will force them to be more compliant in terms of using the money, analysts with investment bank China International Capital Corp. Ltd. wrote in a note.

In addition to curbing such misconduct, the reform may indirectly hurt the debt repayment ability and credit of LGFVs, as local governments will have less of a say in deciding when to receive land transfer revenue, wrote (link in Chinese) Luo Zhiheng, vice head of Yuekai Securities Co. Ltd.’s research institute.

Although the reform will not remove land transfer income from local governments’ pockets, it signals the central government’s desire to reduce the economy’s reliance on land sales over the long term, Yang Chang, an analyst at Zhongtai Securities, wrote in a Saturday report (link in Chinese).