By Matthew Walsh and Lu Wen 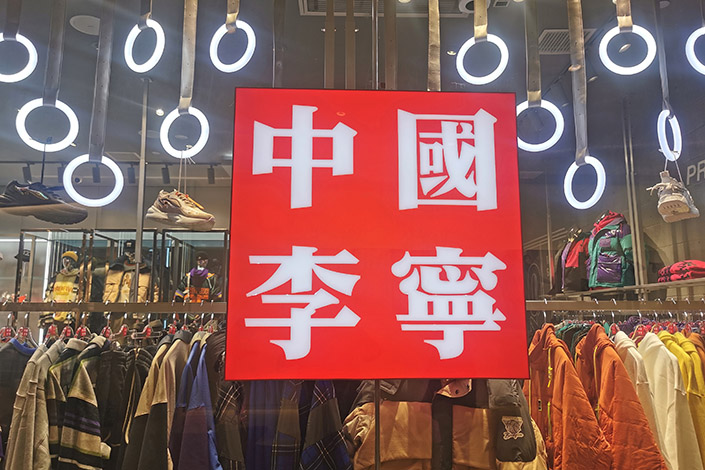 The Indian Olympic Association (IOA) has canceled a sponsorship deal with Li Ning Co. Ltd., following a public backlash against its use of the Chinese sportswear brand.

The decision to drop the apparel-maker with just over one month to go before the Tokyo games was out of respect for the “sentiments of the people of the country,” the association said in a statement on Tuesday, without giving specifics.

Indian athletes, coaches and support staff will wear unbranded gear at the games if a new sponsor cannot be found before the start of the event, it said.

Chinese companies have faced hostility in the South Asian nation since 20 Indian soldiers were killed in a clash with Chinese soldiers during a Himalayan border conflict last year. In January, New Delhi banned dozens of Chinese-made apps including TikTok and WeChat.

The decision to tear up the contract came less than a week after the IOA unveiled the official Indian team uniforms for the Summer Olympics, which were designed by Li Ning, a household brand name in China.

The announcement sparked outrage among some sections of the Indian public, many of whom took to social media to express their opposition to using a Chinese firm.

IOA President Narinder Batra and Secretary General Rajeev Mehta did not name Li Ning in the statement, saying the organization was “aware of the emotions of our fans” and had decided to “withdraw from our existing contract with an apparel sponsor.”

The statement added that the association “would like our athletes to be able to train and compete without having to answer questions about the apparel brand.”

The IOA had previously said during last year’s border dispute that it would review its deal with Li Ning, which was due to expire after the games. The contract was worth around 500 million rupees ($6.9 million), according to Indian media.

Asked about the move at a press conference in Beijing on Wednesday, Chinese Foreign Ministry spokesman Wang Wenbin urged India to look at economic cooperation with China “in an objective and just light” and to “refrain from politicization.”

Li Ning has not commented publicly on the decision. Representatives for the company did not respond to a Caixin request for comment by the time of publication.

The kit-maker is one of China’s best-known sportswear brands. Established in 1990, it was named after its founder, a gymnast who won six gold medals at the 1984 Olympic Games in Los Angeles.

Li Ning listed in Hong Kong in 2004 and four years later sponsored several Chinese teams at the Beijing games. It has a market capitalization of around $23.4 billion.

Although more than half of India’s sporting equipment imports came from China between 2018 and 2019, according to data from the Indian commerce ministry, Chinese companies have found life harder in India since the border conflict.

Relations between the two countries soured last year when Chinese and Indian forces began facing off at various points along their disputed 3,400-kilometer border. The tensions erupted in June when 20 Indian soldiers were killed in a high-altitude brawl, marking the first deadly clash between the two sides in more than four decades.

China’s military later said four of its soldiers also died in the confrontation, having initially refused to confirm whether it had sustained any casualties.