By Zheng Lichun and Guo Yingzhe 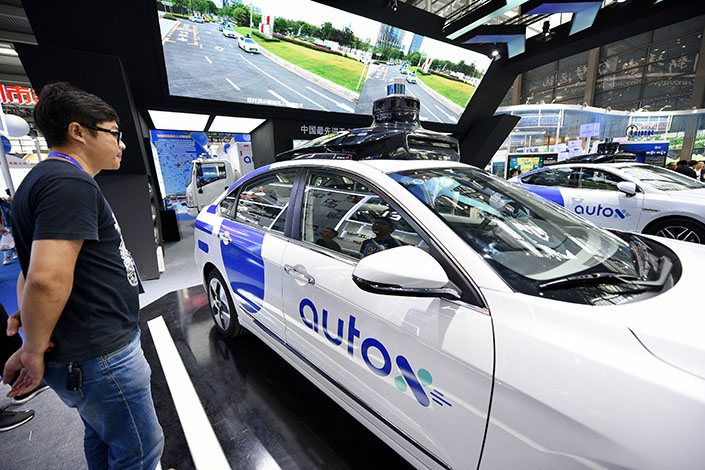 The southern boomtown of Shenzhen is preparing to issue special license plates for self-driving vehicles, in a first for China that will allow the vehicles to run legally on public roads and promote the industry’s development.

The regulation on “intelligent and connected vehicles (ICVs)” would help promote commercialization of self-driving vehicles, such as their use as taxis, instead of being limited to tests, industry experts said. So far, ICVs are technically not legal because national laws stipulate that vehicles must be driven by a human driver.

The draft was circulated for public feedback in March and was revised accordingly. The revised version will be submitted for review and approval by the Standing Committee of Shenzhen People’s Congress at the end of June, an official statement (link in Chinese) said Saturday.

The highlight of the regulation is the issuance of license plates, Xiao Jianxiong, founder of Shenzhen-based self-driving company Autox Technologies Inc., told Caixin. In the draft, ICVs are defined as a future generation of vehicles featuring automated driving and the ability to connect to other vehicles and devices, and they include self-driving vehicles of three technology levels: conditional, high and full automation. No fully-automated self-driving vehicle is known to exist.

If the local legislature passes the regulation, the Shenzhen government will issue a list of ICVs that can be sold, driven on roads and used for transportation business, according to the draft.

Currently there are no national standards on ICVs and Shenzhen is entitled to make its own rules because, as a special economic zone (SEZ), Beijing grants it a relatively high degree of legislative autonomy.

Xiao expects that the local authority will make detailed regulations on self-driving cabs and the number of such cabs could reach 50,000 by 2023. So far, there are only a few hundred self-driving cabs in the city and they are still undergoing tests, he said.

He said he believes the industry will become commercially viable and will draw interest from vehicle leasing companies, which will help the industry develop.

Back in 2018, the central government issued regulations (link in Chinese) on the testing of ICVs and allowed such vehicles to be tested on certain open streets with temporary plates instead of just being tested in closed areas.

The 2018 regulations have restrictions on how much time those ICVs are allowed for test driving and which roads they can drive on, Dai Yifan, director of an ICV research center at Beijing’s Tsinghua University, said.

In Shanghai, the local government allowed 22 vehicle-makers to test ICVs on 243 roads for about 11,700 driving hours from 2018 to 2020, according to an official report (link in Chinese).