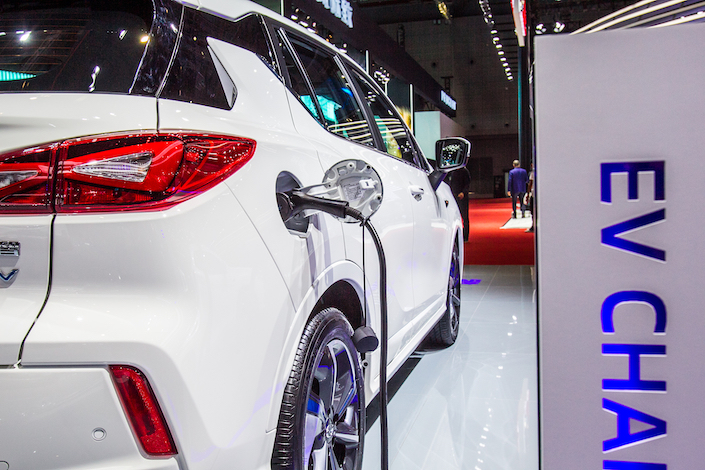 While the market value of major global auto companies more than doubled in the past two years driven largely by enthusiasm for electric vehicles (EVs), auto sales haven’t kept pace, especially deliveries of EVs, according to consulting company AlixPartners.

That suggests investors have been too optimistic about the industry’s prospects, said Stephen Dyer, managing director of AlixPartners’ Asia-Pacific auto business. The EV industry has also been hurt by the shortage of semiconductor chips that’s dogged all of auto manufacturing as well as a shortfall in battery supply.

According to data from AlixPartners, the market value of the world's top 10 auto companies soared an average of 620% from June 1, 2019, to June 1, 2021. Electric-car maker Tesla Inc. led the growth as its valuation skyrocketed by 1,454%. The value of Chinese EV maker BYD Co. Ltd. (002594.SZ) rose by 408%, while conventional carmakers Volkswagen, Daimler, General Motors, and others gained around 70%.

Carmakers’ surging valuation reflected growing global interest in the outlook for electric cars, encouraging major auto companies to double down electrification strategies. GM in November said it would increase investment in electric vehicles from $20 billion to $27 billion and this month jacked the target up to $35 billion.

Investment in the global EV industry increased by 41% from the previous year, AlixPartners said. The company predicted that total global investment from 2021 to 2025 would reach $330 billion and there would be 535 electric car models worldwide by 2023.

At an EV industry forum in January, Cai Hongping, chairman of AGIC Capital, said many EV companies’ upbeat performances in the secondary market was puzzling. At that time, Tesla’s price-to-sales ratio was 22. The price-to-sales ratios of Chinese upstarts XPeng Motors and Nio were 57 and 38, which were much higher than that of Toyota Motor.

Even though the EV market will continue to expand in the next 10 years, it still has a long way to go to catch up with annual sales of fossil fuel vehicles. AlixPartners predicts that by 2030 electric vehicles will account for 28% of the global auto market.

Supply chain issues also restrict the global EV market. The electric vehicle industry is suffering from shortages of semiconductor chips and batteries. In

March, Nio halted production at one of its factories because of the chip shortage. Dyer projected that the shortage will be alleviated in the first quarter of 2022.