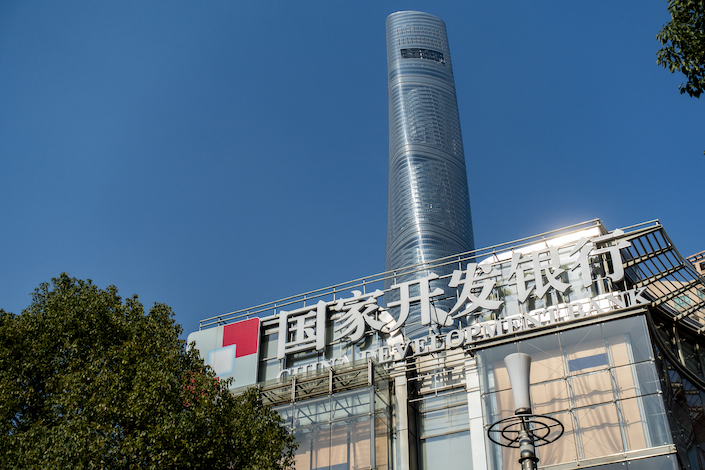 The CDB has been hit in recent years by a lengthening string of graft scandals involving top executives.

Investigators found that Zhang took an “especially huge amount” of bribes and offered favors to others, the Beijing government’s anti-graft body said Tuesday in a statement. Zhang was also accused of illegally leaking confidential information, engaging in suspicious activities and violating party discipline.

The party graft buster handed Zhang’s case over to the judicial system for prosecution. He has also been removed from public posts.

Zhang served as president of the Chongqing branch of the CDB from December 2014 to January 2016. He was removed from the position after his second ex-wife reported to the bank that he was illegally reimbursed for invoices worth thousands of yuan, people at the CDB said. He later moved to a project appraisal department of the CDB.

In early January, Hu Huaibang, a former chairman, was convicted of taking 85.5 million yuan ($13.2 million) of bribes from 2009 to 2019 in exchange for helping others with financing, business operations and promotions.

Yang Degao, a former vice president of the Hubei branch of the CDB, was expelled from the party in January. Yang was accused of taking bribes, illicitly making profits from issuing loans and taking advantage of his position to benefit relatives.

Also in January, Wang Xuefeng, a former president of the Shanxi provincial branch of the CDB, was expelled from the party and removed from public office on suspicion of corruption. Wang was found to have taken a large amount of bribes in exchange for facilitating financial deals.