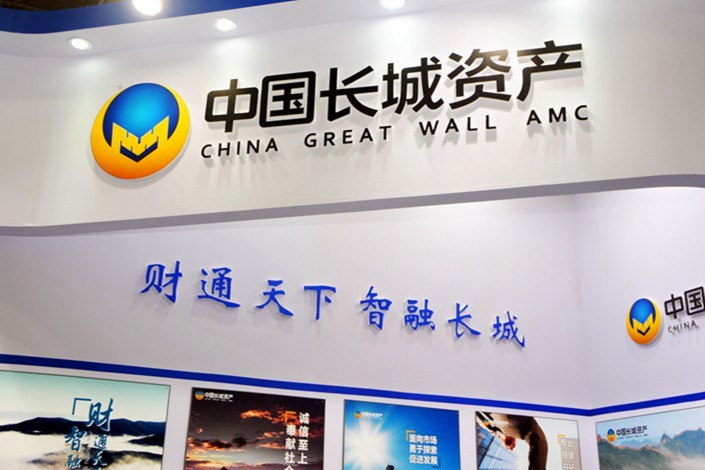 China Great Wall Asset Management owns 70% of the Sino-Japanese joint venture that Tencent has its eye on. Photo: VCG

China Great Wall has put the 70% stake up for sale and priced it at 3.97 billion yuan ($614 million), according to a post (link in Chinese) released Tuesday on the Shanghai United Assets and Equity Exchange. The price is higher than the equity’s valuation of 2.25 billion yuan, the post showed.

In addition to Tencent, major reinsurer China Reinsurance (Group) Corp. is also interested in buying the stake, the sources said.

China Great Wall prefers China Reinsurance due to its depth of experience in the insurance industry, while Nippon Life Insurance prefers internet titan Tencent, which has a huge customer base, the sources said.

Billionaire Pony Ma’s Tencent has been recently told by regulators to put its finance-related business into a new financial holding company, as Beijing has tried to better supervise fintech giants amid concerns over potential systemic risks to financial stability, Caixin has previously revealed.

China Great Wall’s stake sale comes as the Big Four AMCs are busy shedding noncore assets, as they respond to regulators’ calls to return to their original mission of dealing with bad debts in the financial system.

The four AMCs were set up by the Chinese government in 1999 to take trillions of yuan of nonperforming assets off the books of major state-owned commercial lenders as part of a broader cleanup and restructuring of the banking sector. However, due to lax regulation, the AMCs have expanded rapidly into other sectors such as real estate.

This aggressive expansion, coupled with corruption, led to a buildup of financial risks that has now manifested itself in the crisis engulfing China Huarong Asset Management Co. Ltd., another of the Big Four. Huarong transformed into a sprawling financial conglomerate with many risky investments that ironically led to a surge in its own bad debts.

Huarong is now attempting to raise cash by selling its stakes in seven units as part of a restructuring to help repay billions of yuan of debt, Caixin reported earlier this month.

Lai Xiaomin, a former chairman of Huarong, was sentenced to death in January in the country’s biggest financial-sector corruption case to date. He was executed later that month after being convicted of taking a record 1.79 billion yuan of bribes from 2008 to 2018 in exchange for his help on a range of issues such as financing and promotions. He was also convicted of bigamy and colluding with others to embezzle 25.1 million yuan of public funds.