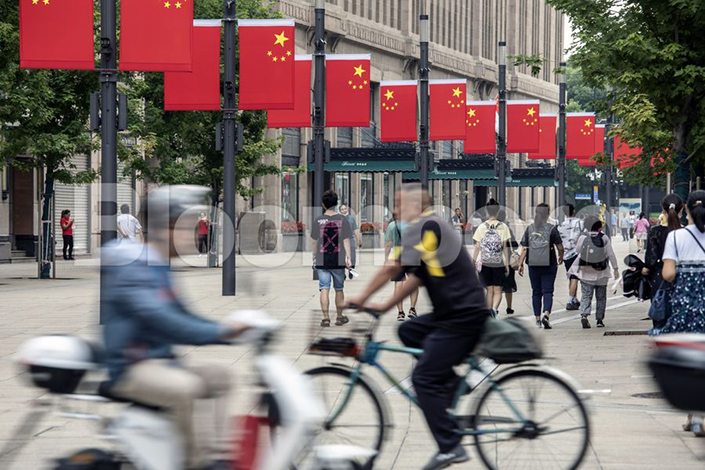 (Bloomberg) — Global investors made their biggest ever purchases of Chinese municipal debt in June, an indication of growing confidence in a market that’s becoming a global asset.

Overseas investors added 730 million yuan ($113 million) of local government notes, according to figures from ChinaBond. Although that’s minuscule compared to the 13.4 billion yuan of sovereign debt they bought, it’s still a record gain based on data compiled by Bloomberg going back to 2018. The move also coincides with a further slowdown in purchases of sovereign bonds.

Rising global interest in China’s municipal debt is a testament to the continued opening of the country’s bond market, which began just five years ago. The success and popularity of Chinese debt is helping to pave the way for further integration into the international financial system. Beijing is expected to launch a bond-trading channel that will allow domestic traders to invest overseas as soon as this month.

“The amount of local government bonds that foreigners bought is very small still, but it does show a good sign of diversification from just China government bonds,” said Becky Liu, head of China macro strategy at Standard Chartered PLC in Hong Kong. Foreign investors are likely shifting some of their long-term China bond holdings into municipal debt for the yield pickup, she said.

This riskier-but-more-lucrative sector worth about 27.2 trillion yuan is still largely an arena for domestic commercial banks. The growing foreign interest comes as the yield premium between China’s benchmark 10-year sovereign bonds and U.S. peers of the same tenor has narrowed this year. At the same time, local authorities have also picked up the pace of issuance after an unexpected slowdown early in the year.

ChinaBond data cover the majority of the nation’s interbank market, where most government and policy bank notes are traded. More figures will likely be released by the Shanghai Clearing House that will cover some credit bonds in the interbank and exchange markets.