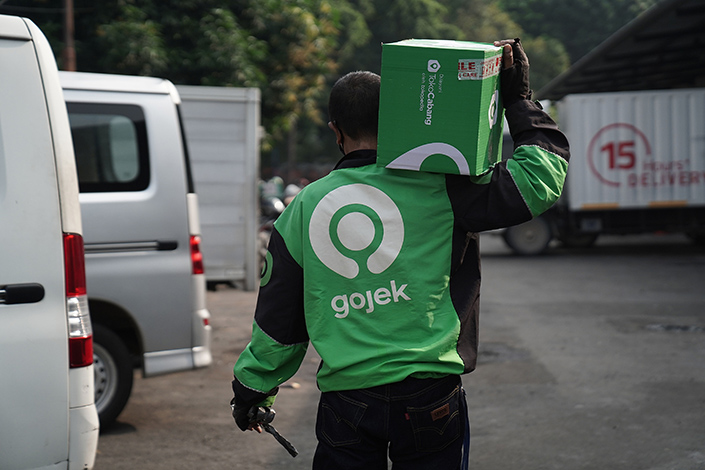 As leading players grow into massive platforms linking users with various services, the market is coming to be increasingly controlled by few powerful players racing to expand business ecosystems through mergers and acquisitions. The pattern looks a lot like a repeat of China’s tech sector, which is dominated by giants like Alibaba Group Holding Ltd. and Tencent Holdings Ltd. after years of cut-throat competition.

The proposed mega merger of Jakarta-based ride-hailing company Gojek and e-commerce upstart Tokopedia PT in May to form the new company GoTo is the latest example of the Southeast Asia tech industry consolidation. Both companies ranked in the top three in their industries. The tie-up created the largest internet services platform in Indonesia, competing with Singapore-headquartered Grab, in an increasingly crowded market.

The region’s tech market is not lacking for promising industry leaders. Grab, the largest unicorn in the region focusing on ride-hailing and food delivery, announced a plan in April to sell shares in the U.S. to fund its rapid growth. The deal could value the company at $40 billion.

Another potential industry leader is SEA, a startup that began with gaming and went through explosive growth after a few years of dormancy. Now SEA’s e-commerce business holds the top spot in Southeast Asia and is keeping up strong momentum for further expansion.

The Southeast Asia internet services market has evolved into an oligopoly in half the time that it took in China. The global trend of digitalization and the Covid-19 pandemic accelerated the rise and transformation of the Southeast Asian internet economy.

With the deal pending approval, GoTo has not disclosed financial details. Bloomberg reported that the deal valued GoTo at $18 billion. After the merger, GoTo will seek to list in Indonesia and the U.S. with a market value of between $35 billion and $40 billion, according to Bloomberg.

Gojek started its business with motorcycle ride-hailing and then entered the food delivery industry. Tokopedia is Indonesia’s largest e-commerce platform. The two companies have very little overlap in their businesses. The combined company operated in industries including transportation, food delivery, e-commerce, entertainment and finance.

As of 2020, Gojek and Tokopedia had a combined gross transaction value of more than $22 billion, more than 100 million monthly active users, more than 2 million registered ride-hailing drivers and more than 11 million business partners, contributing 2% to Indonesia’s GDP, according to GoTo.

According to a document submitted to Indonesian regulators, Gojek will hold 58% of the new company and Tokopedia 42%. Japan’s SoftBank Group Corp. will become the largest indirect shareholder with 15.3% through its holdings in both Gojek and Tokopedia, followed by Alibaba with 12.6%.

“Although Gojek and Tokopedia’s businesses do not overlap very much, the Indonesian government thinks of the entire internet industry when conducting antitrust reviews,” said Dan Chong, chief operating officer for Southeast Asia at the venture capital firm Gobi Partners. “The boundaries between different internet sub-sectors are blurry.”

“The merger of Gojek and Tokopedia is more of a defensive move because both companies need to find ideal partners to survive in the fast-changing and competitive Southeast Asian internet market,” said Swarup Gupta, industrial manager of The Economist Intelligence Unit.

Gojek has been competing with its archrival Grab for years. Both companies have developed into a “super app” providing a plethora of services. Grab is from Malaysia and annexed the Southeast Asian business of Uber, the leading U.S. ride-hailing company. It also eyed the Indonesian market.

Gojek once sought to join forces with Grab. The negotiations dragged on for a while but didn’t end in any agreement. The two companies did not disclose the reasons for the breakdown of talks, but analysts said one reason may have been disputes over control of the combined company. There were also risks that Gojek and Grab might not be able to pass an antitrust review.

The companies face another strong competitor, the gaming and e-commerce giant SEA from Singapore.

“One of the big incentives behind the listing of Grab and the merger of GoTo is actually the success of SEA,” said Julien Mialaret, operating partner of European venture capital fund Eurazeo.

SEA was founded by China’s Li Xiaodong. The company was originally Tencent’s local gaming agent and received a Tencent investment in 2013. In 2015, Li founded two subsidiaries, the e-commerce platform Shopee and the internet financial platform SeaMoney.

SEA ranks close behind Tokopedia in the Indonesian market. SEA sold shares in the U.S. in 2017, becoming the first Southeast Asian unicorn to land on the capital market.

In 2020, the company’s total revenue more than doubled from 2019, fueled by rising demand amid pandemic lockdowns. Shopee’s revenue climbed 160%, and its gross merchandise volume jumped by 101% from 2019. The momentum continued in the first quarter of 2021. SEA’s total revenue increased 147% year-on-year, and e-commerce revenue soared 250% from 2020.

The market expects consolidation in Southeast Asia to continue. After the tie-up of Gojek and Tokopedia, the three giants have expanded their dominance of the region’s internet market and will continue competing with each other.

The companies also turned their attention to online finance, which might become their core business. Grab, GoTo and SEA all have financial platforms, covering multiple areas such as credit, insurance and investment. Payment platforms are the focus of all three companies.

Southeast Asia is the world’s fastest-growing region for mobile wallets, according to London-based fintech company Boku Inc. The number of mobile wallets in use will grow 311% from 2020 to almost 440 million by 2025 across Indonesia, Malaysia, the Philippines, Singapore, Thailand and Vietnam, reflecting an e-commerce boom.

Gojek runs a payment platform, GoPay, while Tokopedia indirectly holds an Indonesian e-wallet service provider license through an investment in third-party payment platform OVO. Indonesian banking regulations restrict each company to only one e-wallet license, so GoTo cannot control GoPay and OVO at the same time. Tokopedia is looking for a third party willing to take over. Grab, another major shareholder of OVO, may assume the Tokopedia shares, analysts said.

SeaMoney, SEA’s internet financial platform, had a mobile payment volume of more than $7.8 billion in 2020, with more than 23.2 million users in the 2020 fourth quarter.

The business model of Southeast Asia internet financial platforms imitates that of Ant Group Co. Ltd., which owns China’s largest digital payment platform Alipay. However, the Chinese government’s recent crackdown on Ant Group aroused concern in the Indonesian government. The government may introduce policies to protect the banking industry and the real economy and prevent the internet financial platform from growing too large.

Seizing market share in various regions is also important for the Southeast Asia internet giants. A GoTo spokesperson told Caixin that the group would continue to be deeply involved in Indonesia’s huge digital economy and would expand in other regions.

SEA’s subsidiary Shopee has not only entered six Southeast Asian countries, but also expanded its business to other emerging markets such as Mexico and Brazil.

Chong said Indonesia still has huge market potential, but the markets of first-tier cities are already saturated. The success or failure of the companies depends on which can win the second- and third-tier cities where mobile internet infrastructure is underdeveloped. GoTo’s expansion in other countries is far less successful than that of Grab and SEA.

“In Southeast Asia, localization is the key to expanding into different markets,” Chong said. “If the team and strategy are not localized, a company may not be successful even with strong financial support.”

Get our weekly free Must-Read newsletter