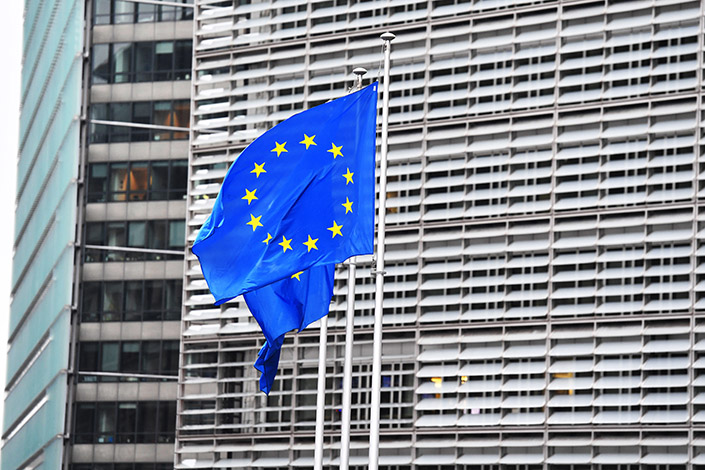 The EU tax plan aims to prevent so-called “carbon leakage,” such as where EU-based companies could benefit from moving carbon-intensive production abroad to take advantage of lax standards. Photo: VCG

The European Commission on Wednesday announced a plan to levy a tariff on carbon-intensive imports such as iron and steel, fertilizer and electricity generation. The measure is part of the EU’s efforts to realize its ambitious goal of a 55% reduction in carbon emissions compared to 1990 levels by 2030, the commission said. It also aims to prevent so-called “carbon leakage,” such as where EU-based companies could benefit from moving carbon-intensive production abroad to take advantage of lax standards.

The EU plan, also known as a carbon border adjustment mechanism (CBAM), requires EU businesses to report embedded carbon emissions in their imported goods and pay a price that will be calculated based on the weekly average auction price of carbon credits traded under the EU’s emissions trading scheme (ETS). Under the ETS, companies that pump less greenhouse gas into the atmosphere than they are permitted to can sell their remaining quotas in the form of carbon credits, while companies whose emissions exceed their allotments can buy additional credits.

The CBAM will initially apply to imports of goods including cement, iron and steel, aluminum, fertilizers and electricity, the commission said. That will likely dent the EU’s demand for those commodities and add pressure to exporters in China, which is one of the world’s largest exporters of iron, steel and aluminum.

In 2020, China shipped 2.1 million tons of iron and steel to the EU, accounting for 4% of its total exports of the commodity, according to data from the World Steel Association, an industry trade organization.

Wang Guoqing, research director at the Beijing-based Lange Steel Information Research Center, said the EU’s carbon tax would add costs for Chinese companies to export steel products to the region and squeeze their profits, dismissing the move as trade protectionism.

The European Commission said that once a non-EU producer can prove it has paid a price for the carbon used in the production of the imported goods in a third country, the corresponding cost can be fully deducted for the EU importer.

China last week launched its national ETS. Companies traded on China’s ETS which have paid for carbon emissions will likely be able to offset part of the carbon tax required by the EU, said Qin Yan, chief power and carbon analyst at financial data firm Refinitiv.

China’s ETS currently only covers the electricity generation sector, but is expected to gradually cover seven other sectors including steel and construction materials. China should accelerate moves to include industries covered by the EU CBAM, including steel, iron and cement, into the ETS, suggested a report jointly released by German research firm Adelphi and China’s Tsinghua University.

The report also predicts that the CBAM will eventually include other products that China exports in large volumes to the EU, such as textiles, as well as mechanical and electrical products. China can consider imposing carbon taxes in these industries, as it is hard for an ETS to cover them, the report suggested.