Guaranteed Loans Are One Sign of Confidence in Chinese Companies 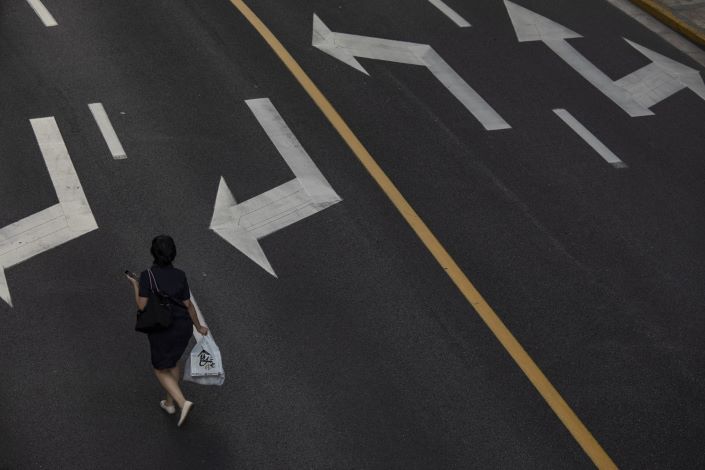 A pedestrian walks along a road in the Lujiazui business district in Shanghai on Tuesday. Photo: Bloomberg

(Bloomberg) — Even as China’s regulatory crackdown sparks investor jitters toward the corporate sector’s outlook, one part of the loan market is signaling confidence that the nation’s companies will continue to grow.

Debt deals in which arrangers guarantee the entire commitment before syndication have been climbing in China. So-called underwritten loans suggest arrangers’ optimism in the prospects of borrowers, since the managers will be stuck with more of the debt than they intended to hold if not enough creditors subscribe to it in the primary market. They may need to sell it at a cheaper price later to investors.

Those financings raised outside of the Chinese mainland for Hong Kong and mainland firms increased 35% to $9 billion in the first half of 2021 compared with a year earlier, the highest since the first six months of 2019, Bloomberg-compiled data show. At least two deals have been signed so far in July, with bankers saying that more are likely on the way this year.

The popularity of the loans is a sign that in spite of market turmoil in China as regulators clamp down on industries from technology to property, investors are confident that the economy will continue to expand and support the corporate sector as a whole. Chinese firms reported better earnings for the first half, with profit margins for companies on the CSI 300 Index rising to 10.1% from 9.76% in 2020.

Bankers like underwritten loans because offering them can help them get mandates in a competitive market and they typically earn more fees than regular debt deals.

But demand for them could falter if China’s regulatory crackdown weighs on corporate activity. The curbs have already prompted a decrease in Chinese companies’ use of debt to pay for overseas mergers and acquisitions, with such debt on track to shrink to a seven-year low.

For now, ample liquidity in the loan market has kept bankers optimistic about the outlook of underwritten loans for Chinese firms as the nation’s economic recovery looks set to continue.

Signs are emerging that China wants to reassure investors about the outlook for financial markets.

China’s strengthening economy provides a guarantee and foundation for capital market development, the state-run Xinhua News Agency said after a clampdown on online tutoring firms fueled an equities rout. And the securities regulator convened a meeting with major investing banks, including international lenders, on Wednesday night to assuage concerns that the nation’s recent policies targeting the education sector would hurt other industries.

The loan market’s liquidity has rebounded so far in 2021, according to Andrew Ashman, head of loan syndicate for Asia Pacific at Barclays Bank PLC. He says appetite for underwritten loans now matches levels seen before the Covid-19 pandemic.